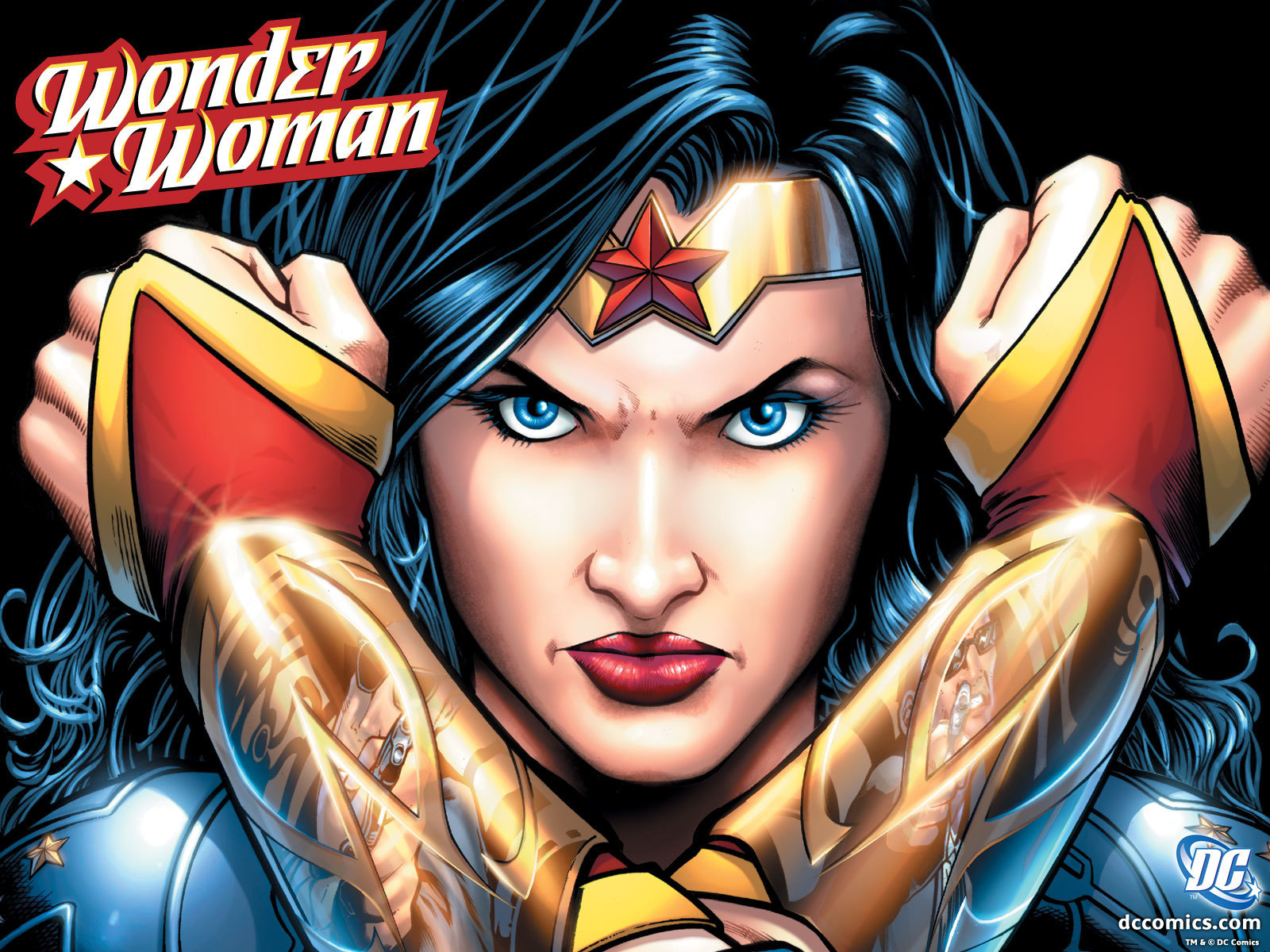 We don’t need a Wonder Woman movie. Yeah, I said it.

I can scarcely imagine a worse waste of digital celluloid: flying spears thrown from thin, gangly limbs, a star-spangled miniskirt threatening wardrobe malfunctions for two and a quarter hours, unblemished ivory skin strained under gold and platinum body armor, practicality be damned. Wonder Woman the movie — fangirl nirvana, fanboy nightmare. Whenever people discuss the needless parade of White Anglo-Saxon Protestants who populate superhero movies’ starring roles, part of me appreciates their boredom with the obnoxious identity politics at play; what was The Avengers but a classic fraternity bro-down with human growth hormone, outdated mythology and colorful titanium tossed in for kicks?

The problem is that my stunted imagination cannot anticipate a Wonder Woman movie that would rise above such over-budgeted B-movie camp. For many, it shouldn’t — some progressives argue that corporate movie studios owe their female fans a film that highlights feminine superheroics, a movie that proves that women can helm action films and generate revenue with amoral vengeance as violent as any man’s. I find this argument wanting. Corporate movie studios are not public charities, and the thought of spending one-hundred-fifty million dollars to offer American little girls a superheroine to idolize appears to my mind an obnoxious misuse of movie funding. (That’s like nine Fruitvale Stations). Superhero comics involve White male power fantasies — when creators and fans support properties that challenge this monochrome status quo, we can applaud and demand more.

In contrast, Princess Diana of Themyscira never challenges White male comic hegemony; she is their avatar of control as much as her Trinity pals Batman and Superman. Even Wonder Woman’s visual design only benefits the male gaze: no one’s ever been able to explain why a busty superheroine would fight crime in a shiny metal halter-top. Batman’s functionality-meets-fear-factor cowl and utility belt is an A-type personality’s triumph over personal dread; Spider-Man’s webbed mask offers total anonymity amid effective brand management, a constant reminder of the street-level capitalist greed that overcame Peter Parker before his brush with great responsibility. In contrast, Wonder Woman still resembles a World War II showgirl, a classic Hollywood pinup, an adorable brunette whose smoky eyes and chubby cheeks were plastered on some archaic B-52 before terror bombing runs over the Rhineland. Wonder Woman screams for generations at our daughters that their only Kryptonite is long pants.

I know, I know – feminists the world over owe a debt to this character, an avatar of female physical ability and thoughtful feminine cooperation since the 1940’s. Still, a live-action movie for this character appears at best superfluous. Sexism alone will prevent the obvious casting of a fitness model under the tiara, a woman who can rival not only Superman’s power set, but his physique as well. Instead, we’d receive more of the Joss Whedon conceit — another ninety-two pound five-foot-one-inch lily-white waif who practices tai chi and knocks out six-foot-two-inch men twice her size and age with slow roundhouse kicks. The goons’ brawny, broken masculinity will fly across movie screens, launched from determined but weak punches by tiny, dainty fists, and all the men in the theater will pretend that the bad comedy on-screen makes sense, so they don’t screw up their chances at date-night sex. (I watched Firefly, loved Serenity, but let’s be clear — Summer Glau can’t kick my ass.) Women today lift exceptional weight, run ultra-marathons, and go hard in the paint — to cast Wonder Woman, Warner Brothers would need to channel Nike and reflect the active woman’s sweat and sacrifice. This the male gaze will not allow.

Please note: I do not oppose the idea of a superheroine movie — I’m just not convinced that Wonder Woman deserves IMAX immortality. Wonder Woman isn’t really what people care about; the idea of her is. The actual written character is a jumble of feminist virtue, humanitarian military interventionism, and ancient Greek-themed fantasy. She justifies murder with military necessity, yet promotes diplomacy among nations. She’s governed by moral precepts developed when infanticide was common and literacy was rare, yet modern women raise her as a champion for their interests. Outside of this confusion, none of us care much for her villains; what exactly do the Wonder Woman movie proponents believe Diana will accomplish for two hours? She offers new viewers precious little: no childhood trauma, no technological advances, just boring invulnerability and gravity defying breasts.

In place of workable plot, some Wonder Woman movie boosters suggest that her Themysciran homeland can be depicted in detail, using Thor’s lengthy excursion into Asgard as template. They forget: no one confused Thor with a good movie. The updated Norse pantheon rendered cross-culturally with noticeably computer-generated visuals gave viewers the sense that Asgardian magic was no more than science advanced beyond human comprehension; this assertion allowed a certain modernism to permeate Thor. Wonder Woman’s ancient Greek creation myth is just too old world for a summer blockbuster, unless the studio is willing to infuse Zack Snyder big-budget grindhouse into the film. Even then, I don’t think it would work: the successful fantasy franchises of the last decade like Lord of the Rings and Game of Thrones borrow liberally from the Middle Ages for cultural roots. In so doing, they play on the modern Western conceit that Western Europe’s total disconnect from Roman civilization, African mathematics and Asian trade did not retard Western advancement. In contrast, the Amazons of Themyscira reek of age, not wistful nostalgia. Apologies to Shawn Taylor, but it strains credibility to watch Minotaurs stampede down Pennsylvania Avenue. It’s just silly: we haven’t seen a Wonder Woman movie in part because her civilization never progressed past the Bronze Age. Send Amazons to invade America with agile feet and swift spears. We’d carpet bomb the phalanxes and mow down any survivors with M-240’s. Shock and awe.

The point? We don’t need a Wonder Woman movie. A superhuman feminist avatar is not a person. A magically invulnerable persona for antiquated philosophy is not a person. Movies have to revolve around people to work, and no one molds people from clay. Given the licensing, Diana’s unusable on-screen, the comic industry answer to Hilary Clinton. The Golden Fleece of upper-income liberal circles is the idea of a female American President, and no other single figure commands the pressured fanaticism of that feminist dream like the former Secretary of State. Her domestic centrism, her Iraq War support, her emotive haranguing of rival Senator Barack Obama – all these lapses from leftist orthodoxy prove secondary concerns to those who want the highest glass ceiling in America to finally shatter after eighteen million cracks in 2008. Perhaps one day, these liberal feminists will realize the dream and elect Mrs. Clinton President. I don’t know. But I’m sure their gender tribalist drive for a woman President does not ask whether a third Clinton Administration would improve America.

The fabled Wonder Woman movie strikes a particular ambivalence. I doubt it would be any good, and I’m not sure making such a film accomplishes much outside of soothing the bruised egos of women who watched The Avengers and found Scarlett Johansson no more than leather-clad eye-candy who watched with awe while a Norse god rode lightning. Like Mrs. Clinton, Diana of Themyscira works best as a torchbearer, the figure who keeps the dream alive until a successive generation realizes its promise. We don’t get to a President Barack Obama without the storied campaigns of Rep. Shirley Chisholm and Rev. Jesse Jackson. We don’t get to the box office records of Tobey Maguire’s Spider-Man without the unforeseen profit margins of Wesley Snipes’ Blade. Maybe we need a solo live-action superheroine movie to focus on Kara Zor-El or Cassandra Cain or Carol Danvers or Amanda Waller or Jessica Drew or Martha Washington or Barbara Gordon or Ororo Munroe to meet today’s clamor for a female superhero movie. Because when that movie is made, chances are it will cost less and inspire more. And we’ll still have Princess Diana of Themyscira to thank for carrying the torch in the dark.