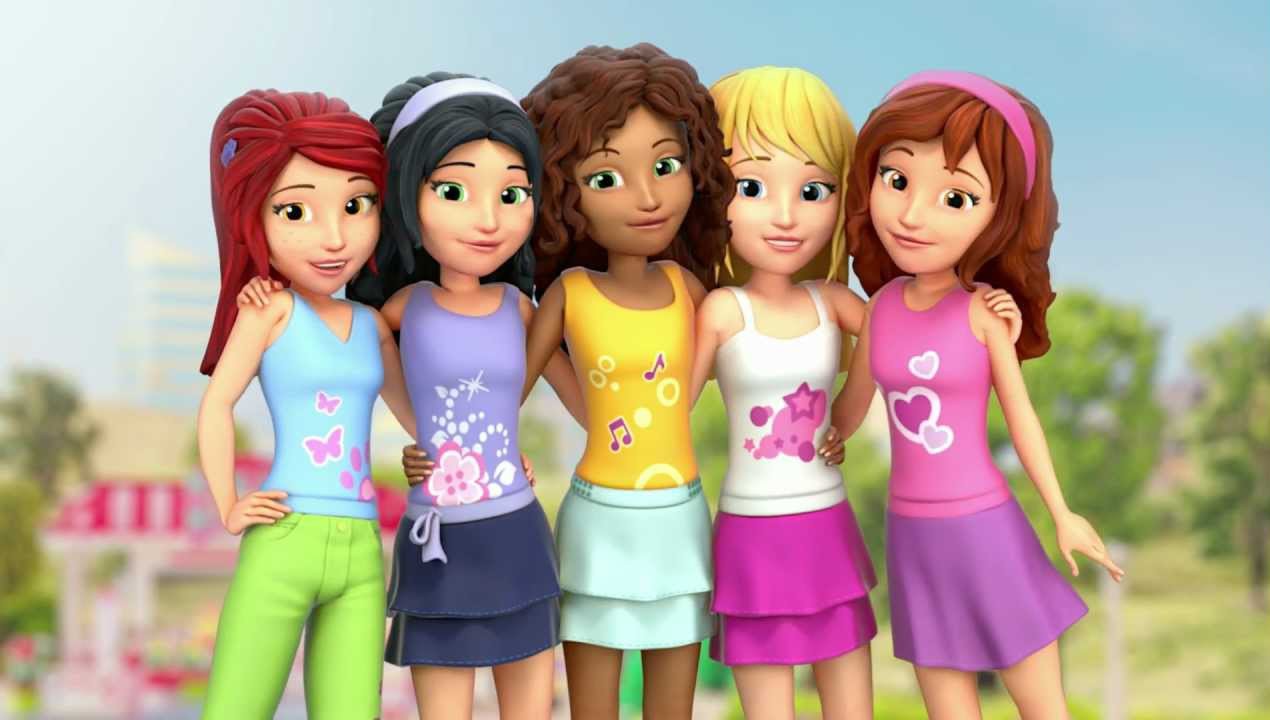 A few months back, an imgur post about a girl who turned her LEGO Friends juice bar Christmas present into a giant mecha went viral. And the internet cheered. Stupid gendered-girl LEGOs get turned into awesome robot, was the typical response I saw tossed around.

And while the robot was indeed awesome, I couldn’t help but feel a little uneasy about all of the ridicule that was being hurled at the original LEGO set. You see, my own daughter also received a similar playset for Christmas. Should she be ashamed that she wanted (and actually liked) to build the “boring” girly thing instead of the “awesome” robot thing?

Ever since LEGO Friends was introduced three years ago, there has been a pretty vocal group — primarily made up of equal parts concerned parents, LEGO purists, and progressive critics — who felt that the traditionally “gender-neutral” world of LEGO was being unnecessarily upended when the classic construction toy company decided to purposefully market its wares to little girls. Rather than just including more girls in their existing brands and marketing efforts, LEGO devised a whole new universe of playsets and figures.

In addition to the “Friends” branding, these sets would revolve around a narrative surrounding a group of five girls — named Mia, Emma, Andrea, Stephanie, and Olivia — in the fictional setting of Heartlake City. There’s also a misconception that LEGO Friends are pre-assembled and somehow “easier” than traditional LEGOs. Trust me, as someone who has spent many hours assembling various treehouses and swimming pools, these are just as elaborate as any other LEGO playset. People who think Friends is a dumbed down version of LEGOs are thinking about the last time the company tried to make a girl-specific theme.

In addition to centering the playsets around stories of friendship and other “girly” pursuits, the traditional minifig was also redesigned, and this was another bone of contention. Gone were the blocky, monochromatic figures synonymous with LEGO from the very beginning. In were new figures who were slightly taller, and a little thinner, than their yellow counterparts. And instead of the various fire and rescue vehicles and airports and skyscrapers that people associate with LEGO’s other, non-licensed themes, Friends featured sets of beauty salons, pet shops, cafes, and yes, juice bars. Also, most of the bricks were pink and purple. 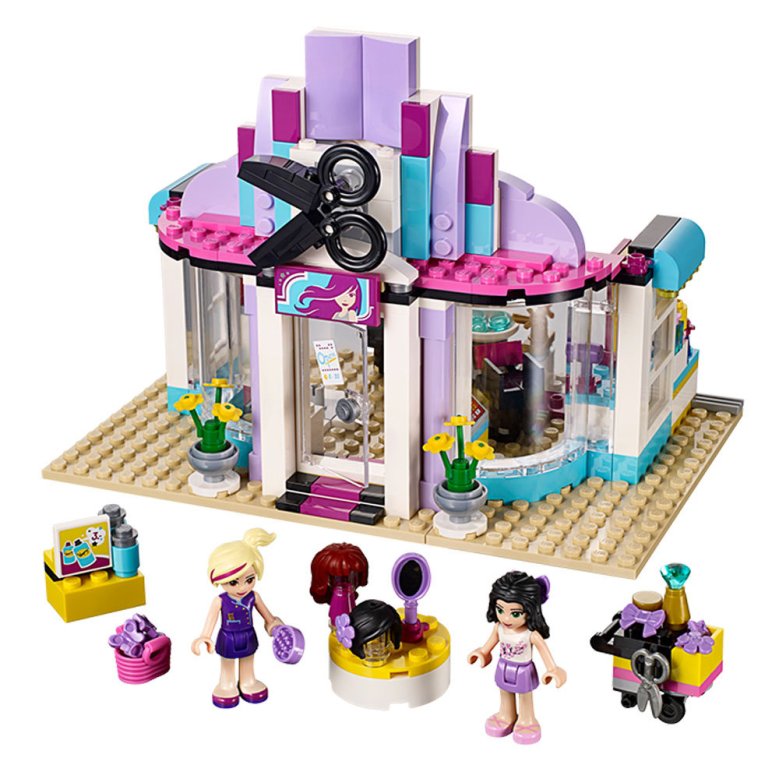 So when the line launched in 2012, there was a lot of controversy about the gender implications of these girl-only LEGOs. But despite the outrage it engendered, the brand quickly became — and continues to be — one of LEGO’s biggest hits. Last year, the Friends-style expanded to a line of Disney Princess sets, and just this month, the company launched LEGO Elves, also in the same vein.

At the outset, a Change.org petition was created and solicited nearly 70,000 signatures imploring the Danish toy company to “stop selling out girls” because they insist “girls are not interested in their products unless they’re pink, cute, or romantic.” The overarching message of the petition was to convince LEGO to return to a strategy that offers their building sets to both boys and girls, alike.

Here’s the thing. I don’t know that LEGO has ever considered boys and girls as the same consumer base. The idea that regular old LEGO sets are gender-neutral ignores the fact that branded LEGO is almost certainly a boy-driven toy line. Never mind that the licensed Star Wars and Lord of the Rings and Teenage Mutant Ninja Turtles and Marvel Super Heroes and DC Heroes sets that make up the vast majority of LEGO product on the shelves have a boy-to-girl character ratio of, like, 7,000:1. Never mind that other original LEGO themes like Bionicle, Legend of Chima, or Ninjago are way more boy-centric than Friends is girl-centric — to wit, last year, LEGO introduced an action-adventure oriented “Jungle Rescue” storyline into its Friends theme, complete with male characters and helicopters and motorcycles.

There seems to be an unwritten sentiment in these kinds of arguments that implies that toys that are pink and “girly” are inherently bad. Meanwhile, toys that appeal to boys — namely superheroes or Star Wars action figures — is automatically gender-neutral. Isn’t this kind of logic flawed? Doesn’t it just actually reinforce the idea that male-centered things are the standard? Or worse, that girl-centered toys are inferior?

I was most struck last Christmas when President and Mrs. Obama were attending a Toys for Tots event that, similarly, went viral because the President “destroyed gender stereotypes” with the way he was sorting the toys that were designated for boys and girls.

It really was a great moment, and the fact that the President went out of his way not only to sort the toys the way he did, but to explain why it was important to break down gender stereotypes was a meaningful gesture. I applauded him for that. “Girls play t-ball too,” after all.

But again, as great as that viral moment was, it was another example of equating traditionally male-centered toys with gender neutrality. Why is it always a one-way street? Why couldn’t the President, say, throw a Twilight Sparkle into the boys’ bin for every action figure he put in the girls’? Girls can play t-ball, but what about adolescent bronies? Can’t they enjoy brushing pony manes, too? Speaking of which, why hasn’t Hasbro made a My Little Pony Kre-O set already? Do they not like money?

I mean, I’m all for girls loving superheroes and wizards. Hell, in my daughter’s room right now, you can find the Joker and Lex Luthor terrorizing the food court of the Heartlake City Shopping Mall with only Wonder Woman, Batgirl, and Emma decked out in a karate gi poised to stop them. But why is it only gender-neutral when a girl likes a “boy toy,” yet folks tend to throw shade at tween boys who watch My Little Pony? More than that, what message are we sending to young girls who might actually, I dunno, like pink and “frilly” things? Shouldn’t they be allowed to feel empowered too?

The other thing I actually appreciate about Friends is that it is really the only LEGO set that has a truly diverse set of minifigures. In the core group of five, two of the main characters — Andrea and Emma — are women of color. There are also several side characters who are either Black, Latina, or Asian. To be honest, I’m not actually sure whether Emma is Latina or Asian, but in our house, she’s definitely not white. But if you scan LEGO’s other offerings, including their licensed properties, you’d be hard-pressed to find too many brown minifigs apart from Nick Fury or Mace Windu (guess Sam Jackson’s LEGO game is strong) and absolutely zero women figures of color.

This is a really big deal, and Friends isn’t praised enough for its diverse roster of characters. Compared to the traditional all-yellow minifigs — who despite their skin tones, are really stand-ins for white folks; just ask Chris Pratt — there are actually a number of LEGO Friends sets that only feature characters of color.

That’s a rarity in any toy aisle.

Again, I’m not advocating that we put boys and girls in any kinds of pre-determined boxes. Hell, gender isn’t even binary anyway, so why does it matter in the first place? The point is both boys and girls and everyone in between should be free to like what they like.

But the vitriol that gets sent in the direction of a toy line like LEGO Friends does seem a little misplaced. Just because something is marketed towards girls doesn’t mean it sucks. If anything, we should get away from the idea that stuff for boys is inherently awesome. 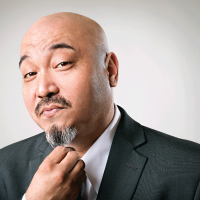 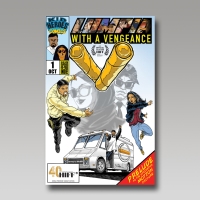 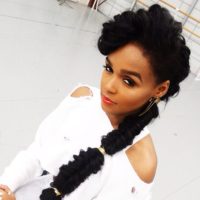 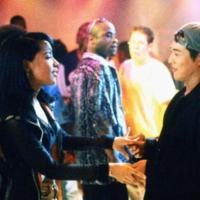