A satirist by the name of Jon Stewart once said, “If you don’t stick to your values when they’re being tested, they’re not values, they’re hobbies.” I love the work I do. However, in the last year or two I’ve experienced pangs of resentment at the burden of being a gay author of color. I knew what I was signing up for when I entered the industry. Penning stories that features a diverse cast (being a minority writer myself), I was all but committing career Seppuku. No this resentment was something else. Something I couldn’t quite shake. Requests would be asked of me as a black writer. What’s my minority quotient in the story, which social justice issues will I be tackling, why am I not tackling them, why aren’t I doing more for the movement? Writing has always been my calling, my passion, and my great escape. So it constantly struck a nerve that I couldn’t even be an artist and do what I love without my race or orientation being a detriment. The answer finally revealed itself during an installment of the Buzzfeed Brews series. In an interview with the leading ladies of Shondaland, Ellen Pompeo (Grey’s Anatomy), Kerry Washington (Scandal), and Viola Davis (How To Get Away With Murder) discussed their experiences portraying groundbreaking heroines and working with legendary Shonda Rhimes. During the discussion, Ms. Davis expressed that while strides in diversity and progress have been made in the media, it’s ultimately hindered by the fact that white artists, directors, and writers aren’t held to the same standards as their marginalized peers. A most tragic and all-too-accurate reality.

As a black writer, my talents, skills, and credentials are always under suspicion. Simply because Noah Scott, the narrator in my YA novel, Hollowstone, was a black teenager, I was accused of author insert by white colleagues and readers alike. On the flipside of that, I caught heat from other white critics because Noah wasn’t gay and I failed my people. And because the publisher traditionally markets to blacks and audiences of color, white critics were the first to claim that said publisher was not a legitimate operation. Tackling racism and teaching white audiences how to be human beings is an expectation of myself and other black authors, and yet when we share unpopular truths, suddenly we’re not qualified to speak about our history and culture. White game designers are all about diversity and progress until Negroes get too upptiy and then they sabotage the forums they helped create. I had the privilege of having a bigoted Lethe Press publisher invite me to submit to a Civil War anthology, only to be instructed that I am not allowed to include gay characters because the anthology needs to appeal to a mainstream cis heterosexual audience. As a black author I get ignorant emails from some failed hack that I have too many white characters in West of Sunset, yet this particular cretin has no issue watching a marathon of Star Trek or The Vampire Diaries.

This very piece was intended to be included in the Invisible 2 diversity anthology where editor Jim Hines invited me to share my experiences and speak my truths as a gay person of color. Only when I did so, Mr. White Ally and Mr. Anti-Rape Culture pulled a bait & switch, reneged on his agreement, victim blamed, and falsely accused me of being an angry gay black man pushing an agenda and not minding his tone. It’s too bad Hines didn’t actually read the piece very carefully because he would’ve seen that he was proving my very point and it would’ve spared him some embarrassment (and flouncing off the internet) when Hines’ racism, homophobia and hypocrisy was exposed in a most epic manner.

It would be one thing if this nonsense only happened to me. In fact, better yet, take me out of the equation for a moment. Far too many other POC and LGBTQ creators have similar horror stories. Many talented and deserving colleagues and friends have dedicated their lives to creating rich diverse novels, comics, films, etc. and rarely do they get support from the same white fandom that is constantly complaining about wanting more diversity. The same white fans, specifically in social justice circles, will deliver a Meryl Streep Oscar-worthy performance swearing that they would sooooooooooooo buy a novel that features a heroine of color or a gay protagonist, but when said alternatives are brought to their attention, they’re nowhere to be found. The same money that’s spent on movie tickets for the latest Michael Bay film everyone is complaining about could make the difference for indie artists who are working to be about the change. Homophobia is wrong and should never be supported or enabled, unless the culprits are Orson Scott Card or Chuck Dixon or Steve Moffat. Then the goalpost is shifted to “can we separate the artist from their art?” In other words, can we pay lip service to LGBTQ equality and still find an excuse to consume and financially support the work of bigots. Interesting how the issue of separating the art from the artist wasn’t raised when Isaiah Washington was fired from Grey’s Anatomy for his homophobic remarks and conduct. Nevertheless, I’m expected to dedicate my entire soul into a cause that’s often sabotaged at every turn. In the end, everyone loses. When systemic oppression blocks minority artists from sharing new ideas, deeper truths with the rest of the world, the world misses out. When white privilege and white mediocrity is allowed to thrive unchecked, it inevitably leads to ruin, as we’ve seen with the publishing industry and most recently the Hugo Awards controversy.

This ultimately goes back to Stewart’s point in that we as a whole are not committed to equality and diversity as many of us like to believe. Equality and diversity aren’t just ideas, but they should be values that we are practicing fearlessly and continuously. We should be holding the privileged to the same standard that we hold the marginalized. Until that change happens, we can pretty much expect to deal with the same carbon dated nonsense that has no place in the 21st century. Until that change happens, the world continues to fail. 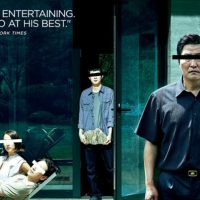