Like the return of Harrison Wells earlier in the season, the latest episode of The Flash found an interesting way bring back last season’s main baddie: The Reverse Flash! Unlike Wells-2, this isn’t an alternative universe version of Eobard Thawne. Instead, the Thawne we meet in “The Reverse Flash Returns” is actually one from a timeline different from last season’s Reverse-Wells. Yeah, it’s kind of confusing.

I was happy to see Scandal’s Matt Letscher reprise the role of the original Eobard Thawne. Tom Cavanagh did such a great job as a villain that I think people (on and off) the show kind of forgot that Prime-Harrison Wells actually wasn’t an evil jackass. So it was a pleasure to see Thawne in his natural state.

One thing the episode never cleared up (or it did, but I either wasn’t paying attention or couldn’t comprehend) is how Thawne exists in the first place. I thought since Eddie shot himself in the heart in 2015 that the Thawne bloodline would end bleeding out on the floor of S.T.A.R. Labs, thus preventing Eobard from ever being born.

So even if the Reverse Flash we see in this episode comes from an “earlier” time period than the one who traveled back in time and got stuck in 1989, how is he alive in the first place?

Time travel headache aside, this was one of the season’s strongest episodes because it got to the heart of why we love these characters. The way Barry deals with this version of Thawne shows how much our hero has matured in the aftermath of last season’s confrontation with Reverse Flash. Instead of giving in to his hate for Thawne and succumbing to the Dark Side of the (Speed) Force, Barry actually helps Thawne return to his own time period — and therefor put into the motion the exact same events that will eventually become Season One of The Flash all over again.

Speaking of revisiting storylines from last season, this episode also gave us a deeper examination of the relationship between Cisco and “Harry” Wells. Not only have they become my favorite pairing on the show, the two of them continue to develop Cisco into his future superhero persona. This time, Wells figure out that the way to activate Cisco’s powers on cue is through fear, so he dresses up in the spare Yellow Suit in the basement.

Unfortunately, the constant vibing between timelines is uncontainable and Cisco starts vibing in and out of existence and necessitates Barry’s willingness to release Thawne from his cell and let him go home.

Speaking of letting go, the B and C storylines also involve members of Team Flash letting go: The Wests finally say goodbye to Francine, Patty says goodbye to Barry (but not before confirming that he and The Flash are one in the same), and Caitlin confirms that she can’t save Jay’s life using the DNA of his Earth-Prime doppelganger — who happens to be named (Easter Egg) Hunter Zolomon.

For those less versed in Flash lore, Zolomon has also taken up the mantle of the Reverse Flash and calls himself Professor Zoom. What does this mean about our own version of Zoom on the show?! 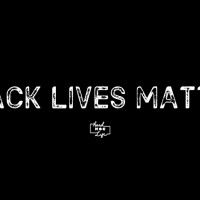