I’m examining Batman v Superman from the perspective of the ridiculous and (not) unprecedented fan “outrage” and critical overreaction.

Confirmation bias, also called confirmatory bias or myside bias, is the tendency to search for, interpret, favor, and recall information in a way that confirms one’s beliefs or hypotheses, while giving disproportionately less consideration to alternative possibilities.

Simply put, if people desperately wish to cling onto or believe in a certain conclusion, there’s nothing in the universe that can change their mind. They will not entertain — nor have the ability to entertain — anything that falls outside of their way of thinking.

We’re seeing this in the presidential campaigns and we’ve seen this play out consistently in the online geek circles regarding past, present, and future superhero properties in cinemas and on television. Once the geek nation collectively gets their panties in a bunch, there’s little that can get them to see things in a logical light.

My feelings on Batman v Superman:

Was it awesome? No.

Was it terrible? Absolutely not.

BvS was unbalanced, unfocused, and short on emotional engagement after asking some interesting questions in the first act. Questions regarding unchecked power in the guise of an alien being whose actions resemble those of biblical saviors throughout human history. Questions regarding unwavering faith in the face of almost unlimited power and what that does to the human spirit and soul. We have a tormented Bruce Wayne projecting his own lifelong frustrations upon Superman — but it’s not an unfair attitude considering that the Superman vs. Zod battle from Man of Steel tore apart a major population center, costing numerous lives and billions in collateral damage.

Bruce’s obsession with putting down the alien invader drives his narrative throughout the film and it takes a massive act of sacrifice before he understands that Superman isn’t his enemy.

The overall plot is deeply fragmented as the screenplay mashes several major DC Comics’ stories featuring Superman, Batman, and other members of the Justice League. The obvious visual and thematic cues come from The Dark Knight Returns and The Death of Superman and because the overall set up is so scattered, the audience is treated to a series of unconnected vignettes leading to the inevitable conclusion where Batman and Superman battle each other.

Of course, there’s an attempt to thread together a story where Lex Luthor is plotting to get Kryptonite, Bruce also wants the Kryptonite, Wonder Woman is lurking around the background looking for information regarding other metahumans, and Clark is angry about the “Gotham vigilante” and wants to concentrate considerable journalistic resources to bringing down the Bat.

That’s the problem right there. Too much is happening without a centralized structural narrative to bring it all together. By the time all these disparate elements forge into a story flow at the end of the second act, there’s not enough emotional glue to keep this house of popsicle sticks in one piece.

We spend a lot of time with Batman and his issues; but just when he gets interesting, we jump back to Clark and his story (which is actually amazing — he’s trying to figure out his role on Earth and what kind of person he needs to be in the long-term) but then we spend even less time with him before we cut away to a manic Luthor who behaves like Mark Zuckerberg on Adderrall.

I might be crazy for suggesting this, but BvS would have benefited from an even LONGER run time.

Yes. I’m actually suggesting that this movie would have been better if it had been longer so we could have gotten more emotional meat with Clark’s journey in the story.

As it stands, the film is lopsided toward Batman (which makes sense considering the character’s enduring popularity) but if you’re going to have a movie with two big characters slugging it out, then you’d best develop them both on a even keel so that the audience “gets” it and feels conflicted when two paragons of justice go head to head.

With that said, I must digress to the issue of confirmation bias. From the start, a good chunk of geek nation has been trashing this film since the announcement of Ben Affleck’s casting as Batman. Clearly, we’re dealing with a much more spoiled and nitpicky generation who have no concept of cinematic history in regards to Batman casting decisions.

Back in the late 1980s, when we only got a superhero movie once every five years or so, the announcement of Michael Keaton (at the time a major comedic talent) was met with unbelievable scorn before the days of the internet. In those days, much of the animosity was shared via magazine letters pages and broadcast from the local news coverage at your neighborhood comic book shop. Angry fans promised to boycott the movie and believed that Michael Keaton would return the franchise to the bumbling camp style of the Adam West series.

Keaton went on to become one of the most beloved of the Batman actors and is considered by many to be the definitive cinematic representation of the character. My generation of geeks learned a valuable lesson: SHUT THE FUCK UP UNTIL YOU SEE THE FINAL PRODUCT.

In the modern world — where any jackass with a smartphone or internet connection can pontificate endlessly about movies and TV with their half-formed and generally ignorant opinions about how the entertainment industry “owes” them something — such lessons are impossible to learn.

Because the Marvel Cinematic Universe has had such an amazing head start on the DCEU, the geek nation has decided to unleash their disdain upon BvS as it allegedly represents everything wrong with superhero movies and how Hollywood misinterprets well-known comic book properties.

I’m not really interested in a debate about how Superman is “supposed” to behave. I love the character immensely, yet I’m also aware I have no control over how he is portrayed and therefore will not waste valuable life energy shaking my fists at Warner Bros.’ corporate and creative apparatus.

On multiple occasions I’ve stated that the best way to voice your frustration at a film or TV show that pisses you off is to simply ignore it. Every single time you mention the name of a property on social media, you’re giving it free advertising and helping it to maintain a foothold in the social media algorithms that determine public interest which leads to advertising revenue, etc.

Back to the movie: BvS has many problems, but it’s not an awful movie experience. I wasn’t ever bored with the action and I found myself wanting more emotional engagement. I already like the actors, characters, and world, but I needed to be drawn in on a deeper level. It felt like I was given a quick, superficial tour of an amazing amusement park instead of being allowed on the rides.

The one person I didn’t like was Eisenberg’s take on Lex Luthor. The guy took me out of the movie in all of his scenes and a stronger actor with more gravitas should have been cast in the role. He’s too much of an arrogant hipster tech industry punk for me to take seriously as a super villain. 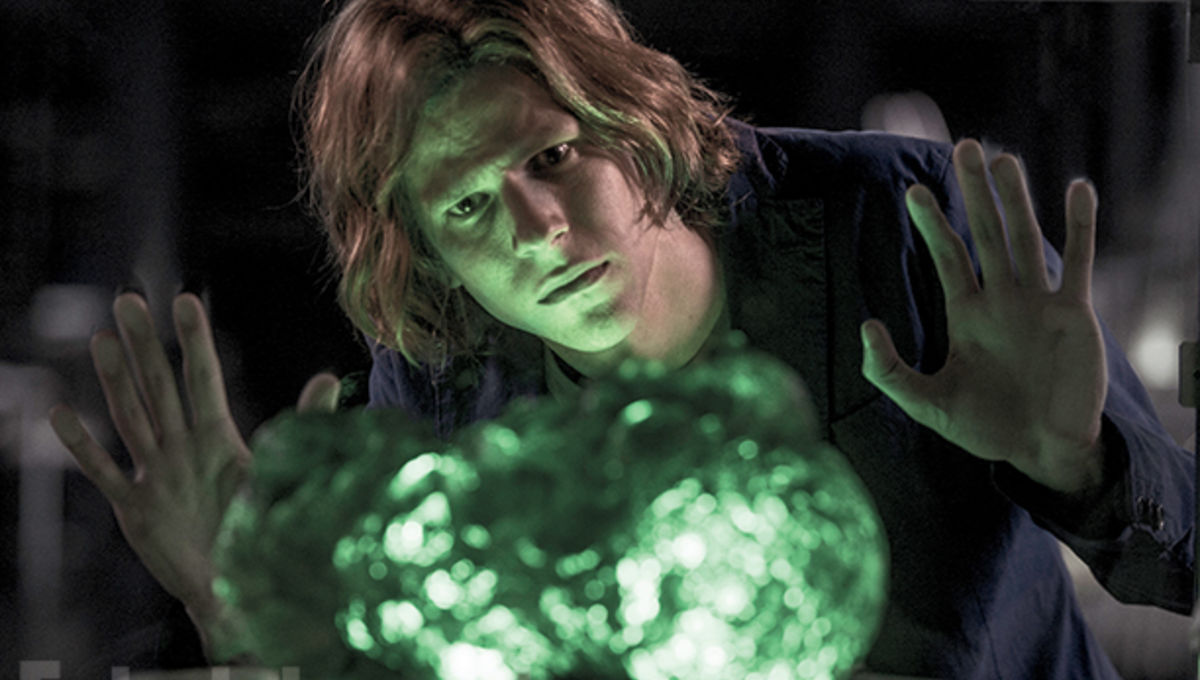 Geek nation has also been complaining about the manner in which the Justice League characters have been revealed; preferring the longer, drawn-out, single-character movie introductions from the MCU films.

If Warner Bros. had done a series of one-shot movies individually introducing the JLA characters, geek nation would have screamed that WB was “ripping off” Marvel and Disney. We know this is true. It is evident the modern geek community MUST find something to complain about. Sadly, BvS was that thing.

It doesn’t help matters that BvS was problematic on many levels, but it’s certainly not a piece of trash. BvS was much better than the first Thor movie by a long shot and better than most of the modern sci-fi action films out there.

I’m definitely looking forward to the extended blu-ray edition of the movie. I’m going to be in the minority and suggest that the longer version of the film will be much better if they explore the emotional underpinnings of the characters instead of rushing to the marquee battle scenes.

Batman v Superman was not a masterpiece. It also doesn’t belong in a toilet bowl. It’s yet another in a long line of missed opportunities to properly explore the American superhero mythology that will play extremely well on the international marketplace.