With all the talk about Batman v Superman over the past few days, it reminded me that it’s nowhere near the worst story told featuring the Caped Crusader. No, that honor belongs to Just Imagine Stan Lee’s Batman, published in September 2001 — making it the second worst thing to happen to America that month. If you’re unfamiliar with the book, let’s take a step back in time, shall we?

In 2001, DC Comics thought they had scored a major coup by getting Marvel Chairman Emeritus Stan Lee to agree to reimagine their most iconic characters in the Just Imagine… miniseries. This was pre-social media, but I remember the Wizard Magazine articles losing their shit about “STAN LEE’S GOING TO DC!” It was basically the geek equivalent of when LeBron left Cleveland for Miami. Although, it kinda wasn’t that special in hindsight. You see, Stan has spent the past 20 or so years as something of a whore, and this was really just the beginning of it. He was coming off the disastrous venture known as Stan Lee Media, where his most notable creations were Pam Anderson’s Stripperella and the Backstreet Boys’ The Backstreet Project (whose Burger King Kids Club figures still pop up in thrift stores to this day). Since that company bottomed out (and is actually still being fought over in court), Stan hasn’t said “no” to anything where money was involved. Some projects have held more promise than others but, at the time, the Just Imagine… series was seen as this historic happening that had been 40 years in the making.

The idea for the Just Imagine… series was that it would pair Stan with some of the greatest working comics artists, like Jim Lee and the legendary Joe Kubert. Each comic would be a one-shot story, yet all 13 issues would tell an overarching story when read together. The series kicked off with Just Imagine Stan Lee’s Batman, teaming Stan up with the aforementioned Kubert. The 48-page “prestige format” (square bound) comic is certainly nothing that you’ve ever read before in a Batman comic, but it is something you’ve seen before. You see, that’s the biggest failing of the Just Imagine… series: there are no original ideas. To Stan, the best way to reimagine Batman is to simply combine Luke Cage and Spider-Man, and call it a day.

Wayne Williams (there’s that classic Stan Lee alliteration!) is a young, Black, street-smart guy whose policeman father has just been killed. While taking care of his mother, Williams makes an enemy of the local gang leader who, then, frames him for armed robbery. Sent to prison for a crime that he didn’t commit, Williams uses his quest for vengeance as a motivator to hone his body and his mind. Over an undetermined amount of time, Williams’s weight training takes him from scrawny to buff — just in time for him to use his new found strength to thwart a prison riot. Following me so far? Nothing too crazy, right? OK, let’s continue.

This is when the story just stops working for me, as each development is more outlandish than the next. While in prison, Williams befriends a bat who comes to visit his cell night after night for crumbs and food scraps. Williams keeps telling the bat that he’s his best and only friend, kinda like that movie/Michael Jackson song “Ben” about that rat.

Well, when he’s pardoned for stopping the prison riot, Williams leaves prison with the bat as his pet. As a free man, Williams realizes that he’s going to need to make some money, and one night while watching pro wrestling, he decides that will be his ticket to success (sound familiar?). After all, he’d beaten up a few toughs in prison, and he had also learned to sew, so he’d be able to make his own costume. So, while he admitted that wrestling was “a phony crock,” he proceeds to make his career by ACTUALLY BEATING THE SHIT OUT OF WRESTLERS as, you guessed it, “Batman!” And nobody calls him on it! He gets in the ring, and attacks these performers, and the crowd just eats it up. He starts on the local indie circuit, but eventually works his way up to the point where he’s the most popular wrestler in the world — all to build a financial foundation to use in his quest for revenge. Since he never unmasks, nobody knows who he truly is, which allows him to just get more and more mysterious and popular. Can you imagine if Rey Mysterio Jr. was only wrestling so that he could finance his quest for revenge? Well, this is that, only Williams basically has the career of Hulk Hogan, The Rock, and John Cena put together.

While Williams was in prison, however, he did have one friend: a former physicist named Frederick Grant, who had been imprisoned for sabotaging the equipment of a former employer who was poisoning a water supply. After Williams saved him from a prison bully, Grant was the one who originally encouraged him to hone his body and mind. So, once he’s made his nut on the wrestling circuit, Williams seeks out the released Grant, and asks him to be his partner.

Anyway, in the time that Williams was in prison, the gang leader who framed him, Handz Horgum (there’s that alliteration again), has risen in the ranks from local tough to crime boss. He controls all the crime in Los Angeles, so Williams plans his attack. He gets Grant to beef up his armor, giving him the “powers” of a bat, like night vision and the ability to soar on wind currents. Williams starts beating up local toughs, working his way up to Horgum. So, here we have the world’s greatest wrestler, initiating a war on crime in the middle of Los Angeles, and nobody bats an eye. The news isn’t like, “Hey, John Cena just put a gang in traction today.” Anyway, he eventually catches up to Handz, kicks him off the top of a building, and then steals his girl. Yes, the “hero” kills the crime boss and starts scheming on how he can put Handz’s girl on his payroll just to keep her close.

Given only 48 pages, there’s only so much space with which Stan had to work. That said, I have some major problems with the story — namely that nothing Batman does is heroic. It’s a quest for revenge and not justice. I can’t say it’s “justice” because his heart isn’t really in the right place. Sure, he’d be ridding the streets of a pretty bad guy, but his reasons are pretty selfish. He doesn’t think of all the lives he’d be saving by taking Handz off the street, or how it’s even the “right thing to do.” No, Williams is only pissed that Handz caused him to lose all that time in prison, and that his mother died before he could clear his name. At no point does he ever have a change of heart that “Hey, this hero thing is a good idea.”

For all intents and purposes, he could pretty much quit after killing Handz because that was always the endgame. In fact, when the story ends, you’re led to believe that he’ll continue fighting, as he mentions hiring Handz’s girl as the secretary for his whole “operation,” but there’s no indication as to why he’d keep going. After all, at no point in the story did he ever think of anyone but himself. It would make more sense if he just returned to the ring, and continued to rack up wrestling money. I kept waiting for the superhero to show up, and that never happens.

Well, I’ve clearly given more thought to this whole enterprise than it seems Stan did when he “wrote” it. I put that in quotes, because I wonder how much contribution he truly had to the story. After all, the credits list Batman film producer Michael Uslan as the one who was responsible for the plot of the story. That was surprising to me because, as the guy who’s written an autobiography called The Boy Who Loved Batman, you’d think Uslan would’ve delivered something with more respect for the character.

Sure, this is a different take on things, and I’m not expecting Bruce Wayne here, but you’d still think Batman would be a little more heroic here. I don’t necessarily need him to inspire, as that’s more Superman’s bag. No, Batman operates out of the shadows, to rid the streets of crime and make the city a better place. Stan’s Batman operates out in the open, and his goal is only to get payback. But the major crime is how Stan basically just repurposed old ideas into something that came off like a polished turd. It’s kinda like if you submitted old homework to fulfill a new assignment, and still only managed to get a C.

So, whenever you feel like you’ve experienced the worst Batman story ever, just imagine what Stan Lee’s Batman would look like, and you’ll instantly feel much better. 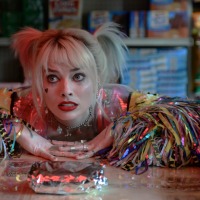 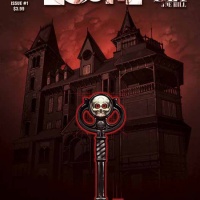