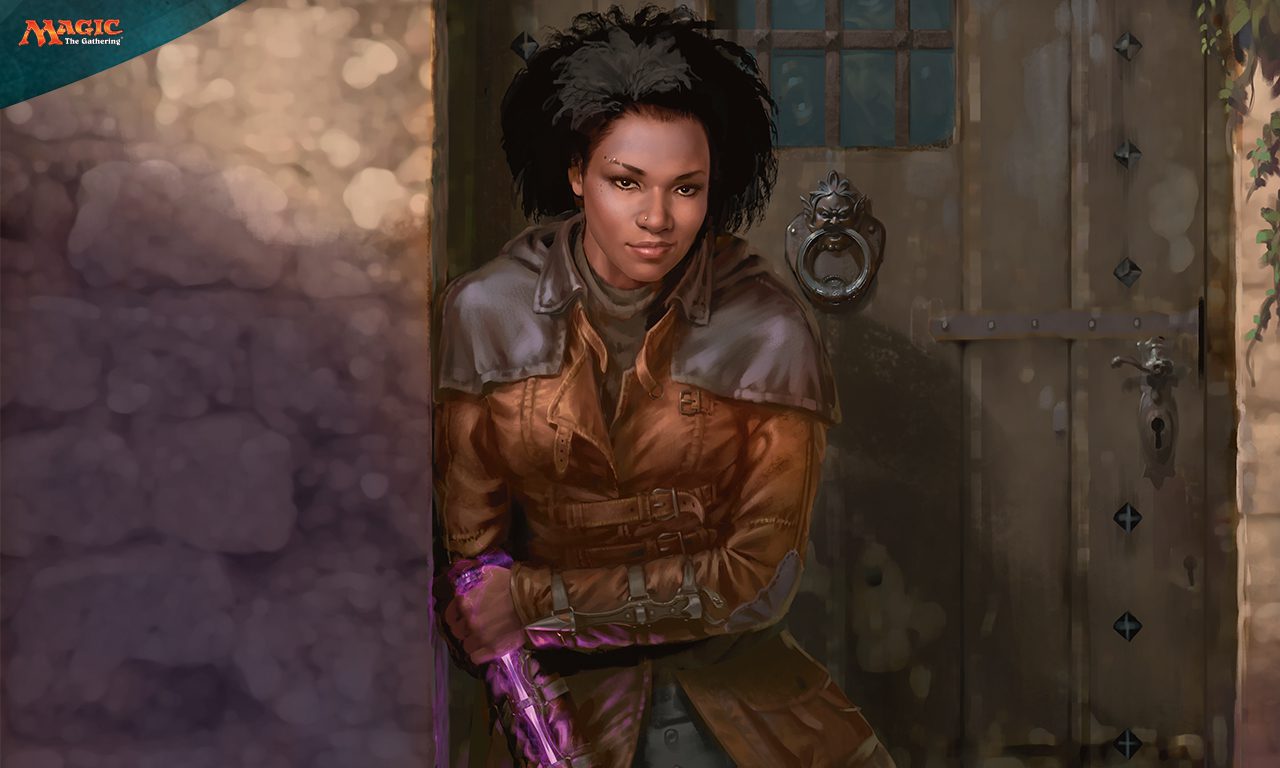 On August 3, I was excited to unveil a project I’d been working on for nearly a year. I had been working with Magic: The Gathering to produce a brand new character; a character who is a biggie for their Planeswalkers cast of characters. Kaya, Ghost Assassin has made history as the first black woman Planeswalker, and I’m honored to have been a part of her creation.

I’m sure some out there are wondering, “Okay, Kaya might be cool and all, but what the heck is a Planeswalker, anyway?” Here’s the quick rundown. In the lore of Magic: The Gathering, Planeswalkers are special individuals who have the ability to “walk” between the chaotic voids of time and space (called the Blind Eternities) and transport themselves to the universe’s different worlds, or “planes.” The Planeswalkers can either be altruistic, villainous, or somewhere in between, but they all share the same ability to visit other worlds and learn more about the universe and time than others. Another thing they all share is that they have all faced turmoil in some shape or fashion: The Planeswalker spark is ignited once the individual undergoes a particularly traumatic or emotionally-taxing event.

I was excited to be chosen by Kelly Digges at Wizards of the Coast, the company behind Magic: The Gathering, to help bring Kaya to life. (I was also grateful that Digges had reached out to Jamie Broadnax of Black Girl Nerds to ask for help finding a suitable consultant.) As a consultant, my job was both simple and complex; I had to bring an authenticity to Kaya as a black woman, an authenticity that other black women players could be able to relate to. Digges had made it clear to me that he was adamant about not just bringing more diversity to Magic’s slate of characters, but to create a true-to-life characterization that would take Kaya away from just being a “token” to a fully-realized character. The last thing he wanted to do was alienate black players, especially black women players, with a character that would read as hollow. He was already well-aware of the plight black women characters had in the realm of fantasy and sci-fi, and he wanted someone who would help him steer clear of the “rootless” black female character trope N.K. Jemisin outlined in her piece, “A World in which Race Matters.”

Personally, I was heartened at how Digges was about many of the issues facing marginalized characters such as black women in fantasy. I was equally heartened to know that he was asking for help specifically because of how much he’d learned about the importance of reaching out and listening to those who have a much more intimate understanding of the characterization pitfalls that affect characters of color. To quote Digges’ own words in his Magic: The Gathering Tumblr post surrounding Kaya’s introduction:

“Let’s talk clearly here: Kaya is our first Planeswalker who’s a black woman. As a baseline, we approached her as we would any other character. But we know that there are pitfalls specifically in representing black women in media, and we don’t labor under the impression that we know what all of them are or how to avoid them. Doing so effectively requires both critical and lived experience, and we don’t currently have anyone on our story team who has that specific experience.

Goal one in hiring a consultant — level zero, nonnegotiable — is to avoid those pitfalls. If we set out to show you someone who looks like you or lives like you on a card, the absolute last reaction we want to elicit is “Ugh, not THIS again.”…Without a consultant, avoiding those pitfalls can quickly become an exercise in fear. When does cocky and tough go too far into ‘Sassy’ and ‘Strong,’ two tired and unwelcome clichés about black women in media? When is a brief reference to hairstyling a refreshing bit of representation, and when is it distracting and othering? If I had to rely on my own judgement about where they were, I would have had to play it safe. I would have been making decisions out of the fear of offense, rather than the pursuit of a great story. The result would have been a character and a story that was just a little less nuanced, a little less true, and a little less exciting for all our fans, regardless of race — but especially less exciting for the very fans who were supposed to be most excited by her.”

The fact that Magic thought to bring in a consultant, regardless of if it ended up being me or not, speaks volumes to a commitment to telling stories that resonate far beyond what most people assume Magic’s demographic is — white males. It’s a commitment that is surprisingly easy to uphold, but many in the entertainment industry neglect to go to extra mile to actually uphold the promise of inclusion they made to their consumers.

In order to keep Kaya from being a stereotype, Digges and I talked about a lot of things. And I mean a lot. Part of our lengthy discussion on black hair care and black hair history resulted in that little line in Kaya’s introduction story, “Laid to Rest,” about Kaya taking her hair out of knots after waking up, a clear reference to bantu knots (something the Kardashians didn’t make up, by the way, but has been an African styling technique for centuries). As I’ve written before, there’s a lot I actually can’t say about Kaya, because much of her backstory is still confidential; her history will be revealed in Magic’s good time, so I’m sitting on a lot of secrets right now. But I can say that the fear of creating yet another rootless black character has been very much addressed and nullified. I’m proud to say that there’s nothing rootless about Kaya, and I can’t wait to dig into exactly what went into creating her backstory.

Another thing I did when taking on Kaya’s personality and characterization is to create a character I as an individual would want to play. During our first conversation, which went from topic to topic, I brought up how I felt like a token in high school. Digges then wisely asked if I felt this position would feel like yet another moment in life when I felt like a token. I said no because I was actually being valued for what I had to contribute in terms of my experiences and tacit knowledge. With that said, I was representing for an entire group of women, and I took that responsibility very seriously. I shared Digges’ concern about creating a character that didn’t resonate with black women. However, the concern was even more unique for me, because while I wanted to give black women the character they deserved, I didn’t want to create a character that was somehow less than just because I was afraid of disappointing my fellow black women. I didn’t want to end up creating a character that still reflected black women as a monolithic, stereotypical group.

Funnily enough, in all of my inner discussions about Kaya, it seemed like I’d forgotten that I’m a black woman myself. So I decided to limit my thoughts down to just one thing: How would I, as a black woman, feel about playing this character? What do I want to see from Kaya? What have I not seen from black women characters in other media? Once I focused on making the character intimate to my experiences, then my consulting process became a lot easier for me. I was better able to define the character as a person instead of as a focus-grouped-type entity created to hit certain “black woman” notes. Her roguish personality became grounded in a personal code of conduct. Her confidence became an extension of her pride in her own abilities. Her point of view steered clear of the minefields both Digges and I were afraid of falling into and became more about how a person having had her experiences would react in certain situations. In short, everything about Kaya started becoming more and more defined the more I got out of my own way and focused less on expectations. Thankfully, I was able to deliver a character who has been nearly universally well-received.

The response I’ve gotten for Kaya has been something I couldn’t even anticipate, and I’m so glad she resonated with so many people. Many long-time Magic fans of all backgrounds and ethnicities have praised the character and my contributions, and I’m so excited that I, a person who is an outsider to the Magic world in many respects, was able to keep Kaya true to the Magic aesthetic and to black women. I’m even prouder of the fact that I was able to help ease the pain a lack of representation can cause, a pain that usually goes unnoticed by too many. One black woman commenter asked me on Twitter if I’d told Digges about black hair due to that line about bantu knots in the story. I replied yes, I did, and she wrote back, “Madam. I salute and thank you.” That salute reflected a black woman happy to finally be seen and appreciated by the masses.

Read more about Kaya on her bio page as well as in the stories Laid to Rest and Tyrants. You can also listen to the audio version of Laid to Rest on Magic: The Gathering’s Soundcloud page, Voice of All. Kaya’s card will be part of Magic’s Conspiracy: Take the Crown set, available August 26. Any questions (that I can provide answers to without getting into trouble with Magic) can be directed to @moniqueblognet. 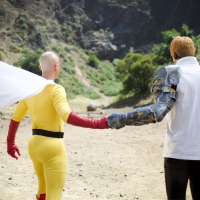 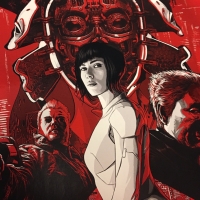