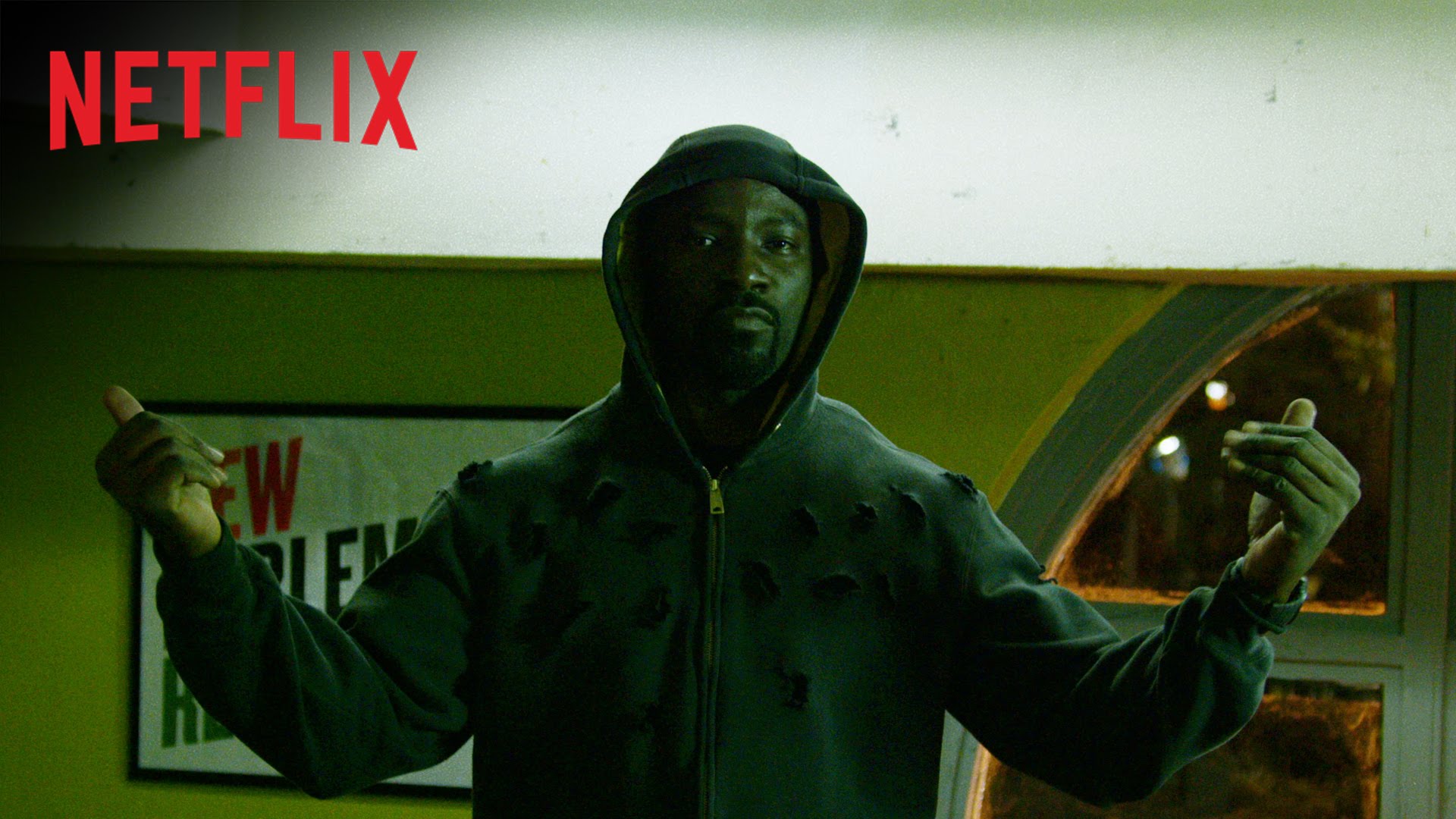 I will never call it “unapologetically black” because blackness is not a damn thing to apologize for. I will call it undeniably black. Defiantly black. I recognize it for being a near-perfect example of the complexity of early twenty-first century black life: hard, rough and tumble, nearly schizophrenic, dangerous, but supernaturally beautiful.

The urge to compare Cage to Marvel’s other Netflix offerings: Daredevil and Jessica Jones is strong. But I don’t think that it is necessary as after binging the entire series, I see them as mini complete puzzles that are also pieces of a much larger one. The interconnections are much more interesting than trying to compare them or engage in a “which is better” contest. They are so different in execution and intent, that any attempt to compare would be cherry picking portions while ignoring their respective wholes. But the lens through which each show is filtered through, their genre conventions, are very important.

Daredevil is martial arts noir, Jessica Jones is psychological thriller, and (I agree with show runner Cheo Hodari Coker) Luke Cage is a hip-hop western. It is also belongs to the urban crime genre, heir apparent to the Blaxploitation films of the ’70s. But it is also a mixtape. 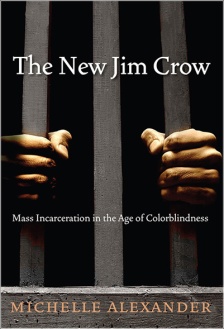 Cage is a black cultural mixtape that is the perfect companion to Kevin Young’s masterful, The Grey Album: On the Blackness of Blackness. This book is a lie, the hardest of truths, a sermon, a graduate lecture, a love letter to blackness and black people, a warning, and a manifesto. Cage almost reaches those same heights and complexities. Taken together, along with Kiese Laymon’s How to Slowly Kill Yourself and Others in America, The New Jim Crow: Mass Incarceration in the Age of Colorblindness by Michelle Alexander, Ava DuVernay’s incredible documentary 13th, Mark Anthony Neal’s Looking For Leroy: Illegible Black Masculinities, and Audre Lorde’s Sister Outsider — you’ve just curated a detailed and passionate overview of the black contemporary moment. I know many folks will turn their noses at my including a superhero TV show in such august company. 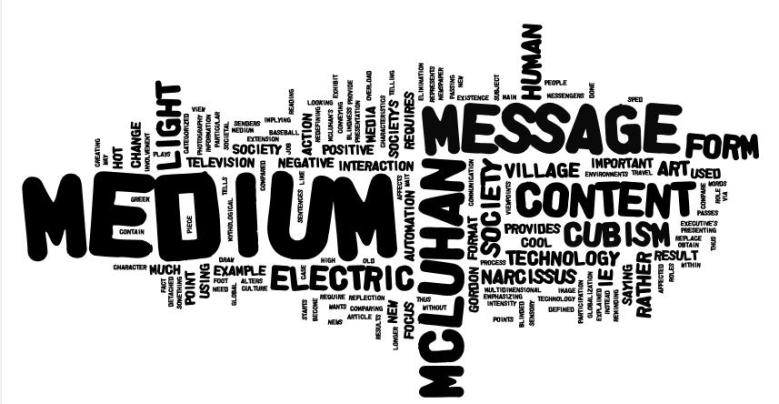 To dismiss “low culture” as somehow worthless or some kind of epistemological dead zone is shortsighted and intellectually dishonest. Cage (and other superhero television) is a prime example of Marshall McLuhan’s “the medium is the message.” If McLuhan’s idea that “medium” is any extension of ourselves, then Cage is the extension of collective black popular culture, angst, and ennui codified in the televised form, broadcast, absorbed, and then extended again through conversations, pieces like this, twitter posts — all contributing to further conversation.

In my experience, neither Daredevil nor Jessica Jones has generated this much intellectual conversation and debate. Jones came close as many explored rape, rape survivors, and PTSD. I was kind of hoping for more public conversations around Jones as I think it is one of the most important pieces of television in a decade. But Luke Cage has been out for less than 72 hours and the hot takes, the think pieces, and the criticisms have been out in force. And I’ve thoroughly read every single one I’ve been exposed to. I’ve seen the validity of most of these arguments, even the ones that have excoriated the show. But there is one charge leveled at the show that I cannot abide: that the character Luke Cage is somehow conservative and that Luke Cage promotes “respectability politics” like it is some kind of televised adaptation of Bill Cosby’s “Pound Cake” speech.

Here is where I lose readers, possibly friends:

All these folks screaming about “respectability politics” like they just finished their first undergrad AfrAm or Sociology course and are masturbating with the new concepts they’ve learned. Most of our black asses are alive to complain about this because our ancestors engaged in so-called respectability politics. It may be something we don’t want to subscribe to now, but it served our ancestors enough to get us to this point. Now it is time for something else. Black folks are always talking about respect our ancestors, but never want to honor the totality of their beliefs and experiences. Black culture is one of the few cultures where we want to abolish the past in favor of an ahistorical future.

Classical musicians still study and play Brahms and Verdi and Mendelssohn. Many of these new hip-hop artists refuse to know who Rakim, MC Lyte, and De La are. Hell, many of them eschew the hip-hop designation altogether in favor of being rock stars. Well, black folks invented that too.

The primary reason for these critiques is the usage of “the n-word” as some kind of moral compass. Cage hates the word and hates being called it. This IS an issue in some sections of the black community. Not just in the States, but across the globe. While some folks will argue that the word has been reclaimed and is now a term of endearment, I want to know how you can reclaim something that wasn’t yours from jump? Cage never enforced this belief on others until he had a gun to his head. Otherwise he set personal social and cultural boundaries and enforced them. Isn’t this the height of freedom? To be able to dictate what you’re called and how you want to be seen?

An aside [spoiler]: There is one scene where nurse Claire Temple (played by the great Rosario Dawson, who gets to kick ass in a quick but well choreographed scene) has to grab Cage by the ankles and pull him down from his lofty, stoic, heights. She links his time in jail with the others in the community he’s protecting and their relationships with and to the criminal justice system. She essentially pulls his card and tells him that he is no different than the folks he claims to serve. While some could argue that this was an example of respectability politics, it needs to be looked at beyond the surface. He may be alike in circumstances, but not alike in his ability to do something about them. He is strong and bulletproof. He was able to escape prison and remake his identity. He has one foot in Harlem and one tentative foot in the world of super-heroics.

Luke Cage is a Southern black man and the son of a preacher. How he sees and moves through varying forms of black expression and relation, especially as it relates to Northern expressions of blackness, reflect this. His cultural tempo is different and it works well to illuminate arguments of respectability.

No, the way you dress and speak, the schools you attend, or the books you’ve read will not insulate you from racism, death by the state, or other misfortunes. But if black folks want to define themselves in a way that works for them, without trying to get others to conform, isn’t that what being black is about? Self-determination and self-realization? I’m not pro-respectability politics, but I am pro-ancestor and would never demonize the tactics those who came before me used that allowed them to live, that allowed me to be born.

Luke Cage gives us the highs and lows, the straight and the twisted of black culture. It is a master class of black love and black pathology. It is for the niggas and the sorors, those who went through Jack and Jill, and the folks who remember Big L, and the folks who have multiple editions of Ellison’s Invisible Man on their shelves. Could be all the same person. We contain multitudes. In Cage, all of that laundry is being aired, and it is dirty. It is vital. It is necessary. And it will not be translated. Either you get it, or it ain’t for you.

And it is a damn good superhero show.