The Great Wall was, as the movie posters implied, about how we should all say #ThankYouMattDamon. Yes, he comes up with the brilliant plans that the Chinese hadn’t figured out in the last 2,000 years (even though there was a clue in ancient texts) and all that white savior stuff — fittingly, the movie was written by the same guy who wrote The Last Samurai. Seriously, you can’t make this stuff up). But I’m not gonna talk about it because you can find it all over the internet.

You can read about the plot here — or read Valerie’s review here — so you know what I’m going to be talking about, but it’s basically Starship Troopers in ancient China. But there was a theme that made me not want to slit my wrists and go screaming out of the movie theater (which was the case when I saw Kubo and the Two Strings, but that’s for another day). What was it? It was the portrayal of womyn. 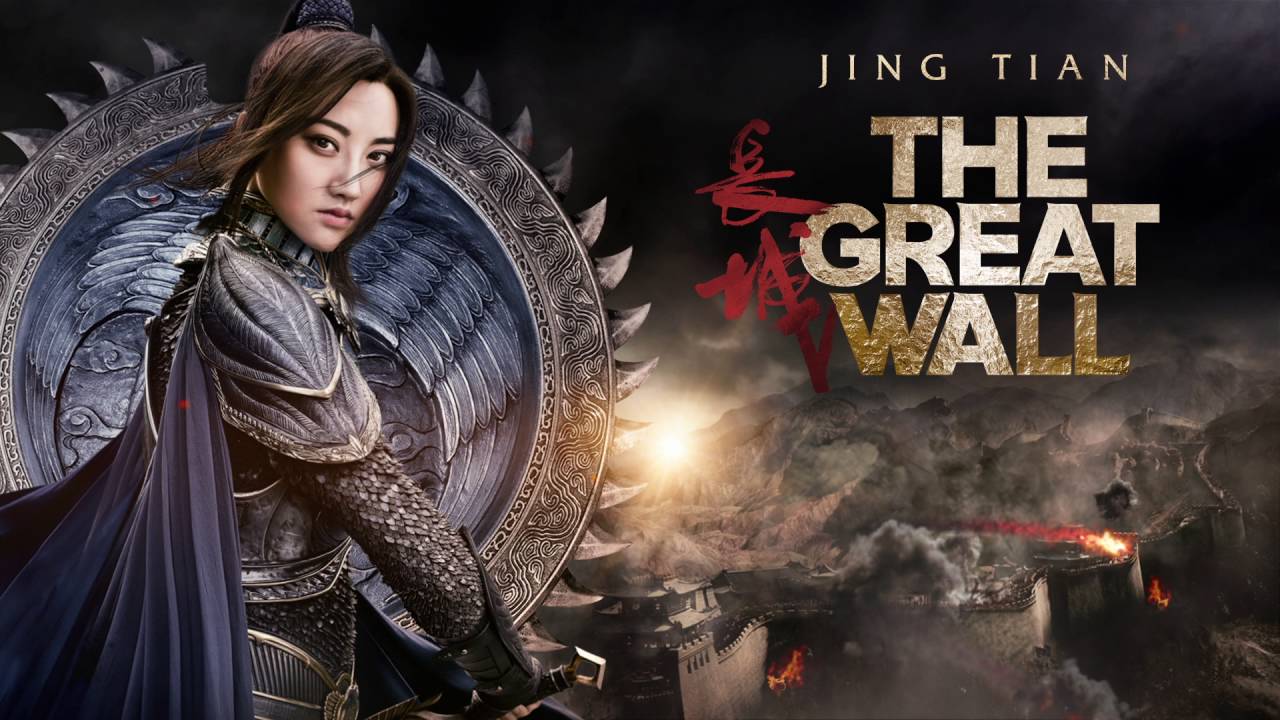 There was no romance (thank god!) and no awkward forced sexual chemistry using clever edits. There is a troop within the army called the “Crane Corps” that is comprised of all womyn, and they were treated and portrayed as equal to the men. Both genders on the front lines are never discussed by anyone in the army other than our Westerners (Matt Damon and Pedro Pascal) commenting on it. In fact, the womyn warriors have more on-screen time getting killed by the invading monsters compared to the male warriors. Okay, I’d have to re-watch the film and tabulate, but I’m pretty darn sure I’m right.

Jing Tian was a good casting choice to go from commander to general by the end of the story. (And she reminds of Chung-Li, especially with the blue colored armor). Her scenes with Matt Damon could’ve turned into sexual tension, but I felt she was able to successfully stick to professional warrior talk.

As for the (mostly white) men, I appreciated Pedro Pascal’s performance as the comic relief to Matt Damon’s stoic warrior. Willem Dafoe was thrown in there too… as soon as I saw him, I was really really hoping he’d speak some Mandarin (his character has been living in China for 25 years), but alas no.

It’s always great seeing Andy Lau! It was especially cool to see him share the screen with Matt Damon, especially since Damon played his character in the Hollywood remake of the classic Infernal Affairs.

Overall, I see this film as a gateway movie for Westerners for Zhang Yimou’s work. Hero did well in the US in 2004, and he is THE best of the best filmmakers coming out of China, so he might as well make the next career move and head West.