With the latest release from Netflix, it turns out that Asian Americans will continue to get the shaft in 2017.

In March, Netflix released their trailer for the American adaptation of Death Note, a wildly popular manga series, which debuted on the world’s leading Internet television network on August 25. Death Note is a Japanese manga series written by Tsugumi Ohba and illustrated by Takeshi Obata. As of 2015, the series has over 30 million copies in circulation worldwide and has won international awards as well as numerous award nominations domestically in Japan. It is regarded as one of the top 10 manga series of all time. It also happens to be one of my favorites, so this fight on racist bullshit has just became personal.

The original story of Death Note is about a Japanese high school student named Light Yagami who discovers a supernatural notebook from a Shinigami (god of death) named Ryuk, which allows him to kill anyone whose name he writes into the book. In the Netflix adaptation, however, the name of the main character has been suspiciously changed to Light Turner casting a very white, Jewish, Nathaniel Marvin “Nat” Wolff.

This news follows a long series of Asian Americans being whitewashed and appropriated out of our own stories. In the past year alone, some other high profile cases include: Ghost in the Shell, Iron Fist, The Great Wall, and Doctor Strange. But Asian Americans have been there to shut it down.

Despite how fervently we seem to embroil ourselves in outrage; however passionately we continue to speak out about this insidious form of oppression; however frequently we tweet to #onlyonepercent and #whitewashedout, the mainstream media still continues to erase us.

When the accusations of whitewashing emerged for Ghost in the Shell, defenders of Scarlett Johansson’s, whose father is from Denmark and whose mother is from Poland and Russia, persistently argued the casting of Johannsson as Major Motoko Kusanagi was not whitewashing because the Major was originally written as a “raceless” cyborg; therefore, there was nothing wrong with her being reimagined as a white Johansson.

When the accusations of racism emerged for the casting of Netflix’s Iron Fist, fans defended assiduously that in the original comic books, Danny Rand was white. It didn’t matter that the concept of a white billionaire becoming the immortal weapon of a sacred monastery in the Himalayas, speaking in trite Buddhist sayings, and acting as the white savior perpetuates cultural appropriation. Because this character was created racist as fuck in 1974, that gives us the pass to be racist today! As a matter of fact, when speaking to The Inverse, Iron Fist’s co-creator Roy Thomas had the following enlightening opinion to share:

I try not to think about it too much. I have so little patience for some of the feelings that some people have. I mean, I understand where it’s coming from. You know, cultural appropriation, my god. It’s just an adventure story. Don’t these people have something better to do than to worry about the fact that Iron Fist isn’t Oriental, or whatever word? I know Oriental isn’t the right word now, either.

Death Note passes all of those arbitrary bars set by white creators and white fan communities to delegitimize Asian American outrage because Light Yagami is Japanese — by ethnicity and nationality. He is a Japanese high school student — not a cyborg, not from a fictional alternate world, and not originally written as white. However, his name, identity, character, and portrayal was whitewashed anyway. His surname Yagami in the story, is written with the characters night and god and has significant referential meaning to the story while Turner, a surname of English and Scottish origin means “a maker of objects of wood, metal, or bone” is so irrelevant, it’s laughable. But what’s the defense now? ‘It’s just a fictional story.’

You know, it’s funny to me when Asian stories are adapted to be played by white leads — most white audiences will say “who cares it’s just a story” but when fictional roles that were originally cast as white are re-cast with Black leads, the racists come out of the woodwork. But ‘it’s just a story’ amirite?

They're making a new lil orphan Annie, and here's the twist.. she's black.. Not racist.. But FUCK NO! FUCK! NO!

They're making a new Annie but this time Annie is a young black girl. I'm no racist, but I don't know about this……….

They made Annie (the white ginger) into a curly haired nigger!!

Harry Potter and the Cursed Child (2015)

@HPPlayLDN Not being racist but how can a black woman play Hermione? This play has lost all credibility.

@HPPlayLDN Hermione should be white.. it isn't the same to see a black "Hermione" #boycott

As with so many other brown and Asian kids growing up in America, I’ve had to settle for the minimal of my identity represented on any media. From movies, television, music, or even in fictional literature, not being able to see someone I could identify with in the media limited my imagination of what was possible for Asian Americans. The glimpses I would get of Brenda Song on Disney Channel, or Thuy Trang as the yellow ranger on Mighty Morphin Power Rangers had to suffice. Even at that, they always played the minor characters, never had complex story arcs, never the heroines — those characteristics were reserved for the white females. 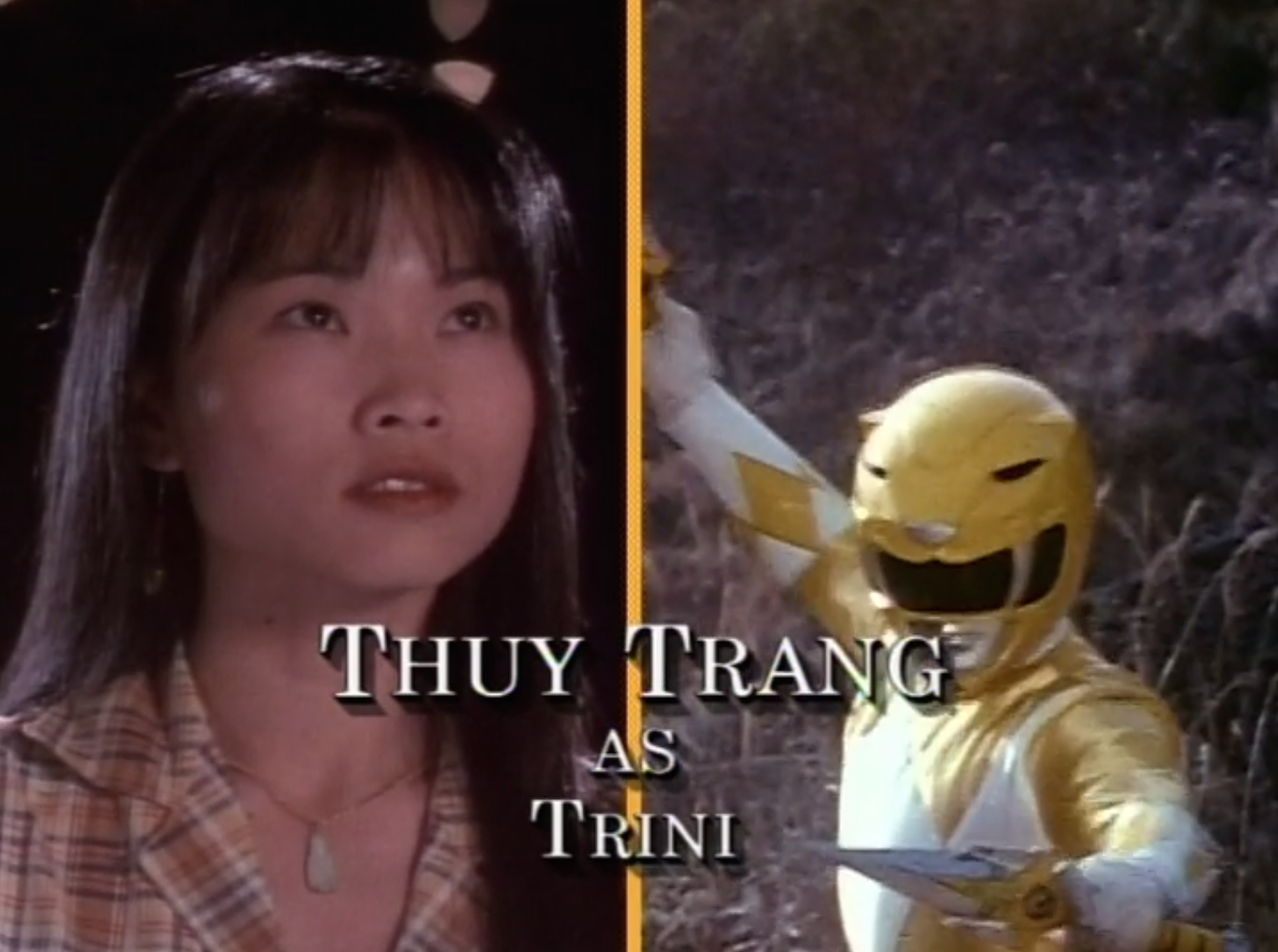 As a society, we are starting to understand that representation matters. In a Forbes article titled “STEM Fields And The Gender Gap: Where are The Women?” it was mentioned that “Popular culture plays a role, as well. Girls grow up seeing women in powerful positions as doctors and lawyers on TV, but the media continues to promote stereotypes when it comes to programmers, often portraying them as geeky men.” For another example, research shows that children’s literature has a concerning lack of diversity and that children learn racial bias and racism as early as age three. But we simply don’t have choices. On an episode of NPR’s podcast Code Switch, South Asian American comedian Hari Kondabolu put it best:

…That when a person of color is put in a position where they get to be a lead in a part or get to share their story, it has to be justified, it has to be explained and made mainstream. When we were growing up, everything was white basically, in mainstream television and film… we had to figure it out, we had to, we couldn’t be like ‘I’m sick of people who don’t look like me, don’t represent my story’ then we couldn’t enjoy anything.

But consuming media where I saw exclusively white leads again and again had such a profound effect on me that to this very day; I still catch myself wishing I was a white woman. That maybe if I was white those around me would let me lead; that maybe I didn’t have to convince the people around me of my humanity; that my face, my complexion, my figure, and my culture could be celebrated. That if I shed this skin, I wouldn’t have to bear the burdens of oppression that come with it. After decades of consuming media that represented white women as the epitome of beauty, complexity, and worthy of respect — how does one grow into an Asian woman who believes otherwise? Oftentimes, the most deeply held indicators of our worth in society is not what is shown to us, but rather what is not.

As with the history of any other PoC group in America, the history of Asian American representation in western media is a racist one. In the 1920s when Asian men began emigrating to the United States, white men became so threatened by Asian men “taking” white women that they launched an entire propaganda campaign called Yellow Peril. This racist and xenophobic campaign bred many other harmful stereotypes such as Asian Americans as the perpetual foreigner and the desexualization of Asian men. In media portrayal of Asians in the 1940s, ‘good’ Asian roles were given to white actors in yellowface and Asian American actors could only play certain villains. Through the ’50s and ’60s, Asian American roles were broadened to include the Asian sidekick or other Asian stereotypes (sometimes still portrayed by white actors in yellowface) as in the case of Mr. Yunioshi in Breakfast at Tiffany’s. The Karate Kid and Sixteen Candles were iconic movies of the ’80s featuring stereotyped Asian characters. These racist portrayals of Asian Americans stem from (SURPRISE) white male fragility.

Asian Americans make up 5.6% of the US population but Asian Americans are only cast in 1% of the leading roles in Hollywood. So why does this continue to happen and why does mainstream white media continue to dismiss it as a non-issue when Asian Americans have been blue in the face telling them it isn’t. Whitewashing is a symptom of white supremacy and people who benefit from the system are often unable or even more cruelly, unwilling, to see all the ways in which it has profoundly negative impacts on communities that have been historically marginalized.

While the rest of the country touts Hollywood as a liberal mecca of creatives, there have been cases again and again where they continue to disregard experiences of Asian Americans. Actor, producer, chef, and former Associate Director of the White House Office of Public Engagement, Kal Penn posted tweets of racist scripts he was given as a South Asian actor.

Found a bunch of old scripts from some of my first years trying to be an actor. pic.twitter.com/GydOwlUKGW

The first time I can consciously remember watching a feature length movie featuring all Asian American leads, was Wong Fu’s Everything Before Us in 2015. I found myself incredibly moved seeing Brittany Ishibashi play an Asian American woman dealing with complex relationships and situations while she pursued her dream of becoming a baker. An Asian American woman who spoke English as a native tongue, with creative goals and ambitions, struggling to do it on her own. Although I’d seen countless movies starring white women with the same character arcs, sitting in my living room, I had a quiet but powerful moment of introspection at seeing someone who looked like me on the screen. I finally saw myself represented with humanity. Subconsciously, this character gave me the permission to just be and I realized how much I’ve needed this for the last twenty year of my life.

Whitewashing Death Note in 2017 is yet another example of how we are far from a ‘post-racial’ society. But by speaking out against the erasure of our stories and identities in Hollywood, Asian Americans are fighting, not only for representation, but against white supremacy and the subtle ways mainstream American society continues to oppress us. Change happens when we speak out as well as abstain from spending time and dollars consuming and supporting problematic media. Asian Americans are the fastest growing racial demographic in the United States but change cannot happen for us without our entire community and allies who are willing to say, they came for the Asian Americans and we said, ‘not today motherfucker.’

Kimberly Ta is the Executive Director for Project Ava. She subscribes to the angry brand of activism, the kind that involves a lot of cursing and ranting. She is currently most involved in issues facing women in the workplace, Asian(-American) communities, and low-income students/families. She is a strong subscriber to the impact of social media on dialogue and community building and strives to amplify stories to promote the mission of Project Ava. Follow her on twitter @heymissTa.