Many years ago, I watched a bonus feature on a Matrix DVD in which Keanu Reeves seemed to have a bromance with a stuntman and martial arts trainer named Tiger Chen. Slim, petite, and diminutive looking, it was obvious the guy had serious skills. But seeing him next to Reeves, a mixed race, tall and lanky Western movie star, it became apparent that, at least in the West, he’d never be a leading man type. Hollywood likes to train stars and actors in martial arts, not give opportunities to martial artists and stuntmen that don’t fit the Western standard of attractive leading man. Trained martial artists and stuntmen in Hollywood movies, especially the Asian ones, usually get the thankless job of making the lead white actor look really good by acrobatically acting like they’re getting their asses kicked. Tiger looked like the dude who’d be destined to be “Triad Hitman #2” at best. He was, in fact, one of the “vampire” baddies in The Matrix Reloaded.

Fast forward almost a decade, and I see on Facebook that my fellow Nerd of Color Keith posted a trailer for a Keanu Reeves directed(!) martial arts film showcasing his homie Tiger. Yes, directed. And he also stars in the film as the lead antagonist, Donaka Mark. These facts alone will probably scare off the majority of people from seeing the film. Which is too bad, because I finally got to see it this weekend, and there is some enjoyment to be had here. 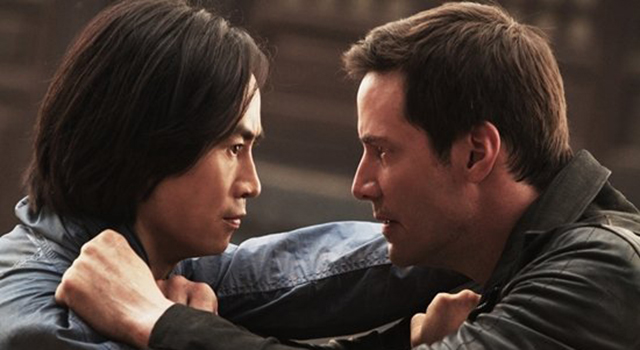 Okay, Man of Tai Chi is not, by any stretch of the imagination, a great film. The plot — wherein a talented but naïve and ambitious practitioner of Ling Kong Tai Chi (Chen) is lured away from his life as a courier to become an underground fighting sensation by a mysterious villain with ulterior motives (Reeves) — is about as predictable and vanilla as you can get. The last 45 minutes drag, and the cameo appearance of Indonesian fighting sensation Iko Uwais (the star of The Raid), is pretty much wasted. And the acting by the leads is uniformly terrible. I’m not of the camp that holds the opinion that Keanu is inherently a bad actor — he was terrifyingly convincing as a charming, abusive husband in The Gift, for example, and I even thought his subdued turn as John Constantine was effective (if it was simply a supernatural occult film and not based on the legendary comic character, I think we’d be a bit more kind to it). That being said, Keanu is terrible in this film. He is so stiff and blank that I expected he’d rip his shirt off in the climatic fight scene to reveal that he was a robot.

But I didn’t see this movie for the acting, I watched it for the fight scenes — choreographed by the legendary Yuen Woo Ping — and several of the fight scenes are wonderful. This is especially true in the beginning where Tiger’s tai chi movements are just awesome to watch. Martial arts films are not just about brutality or breathtaking stunts — to me, they are also the beauty of movement and form. Watching Tiger Chen do tai chi is a wonder. The fight scenes lose some of this grandeur as the film goes through its paces, wherein Tiger absorbs different MMA type styles as he gets more and more involved in the pay-per-view fight club that Donaka is running, but that’s the point of the movie. His character begins to stray from the art and gets consumed with the violence. 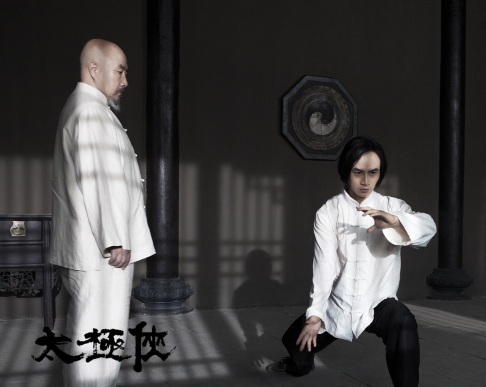 But I found myself admiring some of the decisions they made with this film. Even if it means Iko Uwais’ cameo is wasted (by then, Tiger doubts his path and refuses to fight); it’s pretty gutsy to lure the audience with a promise of a fight between two superstar martial artists from different forms, only to take it away to make a statement about the exploitation of said martial arts violence.

Usually in Asian martial arts films, there is only one camera and not a lot of editing: the martial artists do their work within the frame, and many of the experienced martial artists — from Jet Li to Tiger Chen — know how to make their movements look beautiful and powerful without a lot of nitpicky editing or camera tricks. The camera work in Man of Tai Chi is mostly in this mode — the editing is pretty unfussy, allowing let us see the martial artists really move, their contact looks pretty crisp throughout, and the choreography pops. Even Keanu’s fight scene wisely takes advantage of his long limbs and makes his movements look powerful and telegraphed, rather than attempt to make him look exceptionally skilled or fast. A few years back, Keanu unveiled a proof-of-concept video that showcased some of the film’s revolutionary camera rigging required to capture these fights in real time.

Generally the tone of the film is respectful to the genre, and though it’s not exciting or groundbreaking, it tends to be inoffensive. That said, the “Life of Man of Tai Chi” video that appears near the end is so terrible and awkward that I hope it was meant to be intentionally hilarious. Stalwarts Karen Mok and Simon Yam also appear in the film as police officers (easily out-acting everyone else in the film), and there’s a hilarious scene where Keanu and Karen Mok just glare like they’re trying to ice grill each other to death. And I like that Tiger, a working class delivery man, treats himself to a Volkswagen when he starts making money. Not a luxury car or a sports car, but a Volkswagen.

Call me crazy, but I watched a martial arts film directed by Keanu Reeves, and I kind of liked it. It’s endearing that Reeves chose, as his first directorial project, a film that would showcase the talents of his homie and trainer, Tiger Chen, and that he’d mostly try to stay out of the way and let his friend’s unsung talents shine. And boy, do those talents ever shine. I’d love to see Tiger get more opportunities to do his thing.