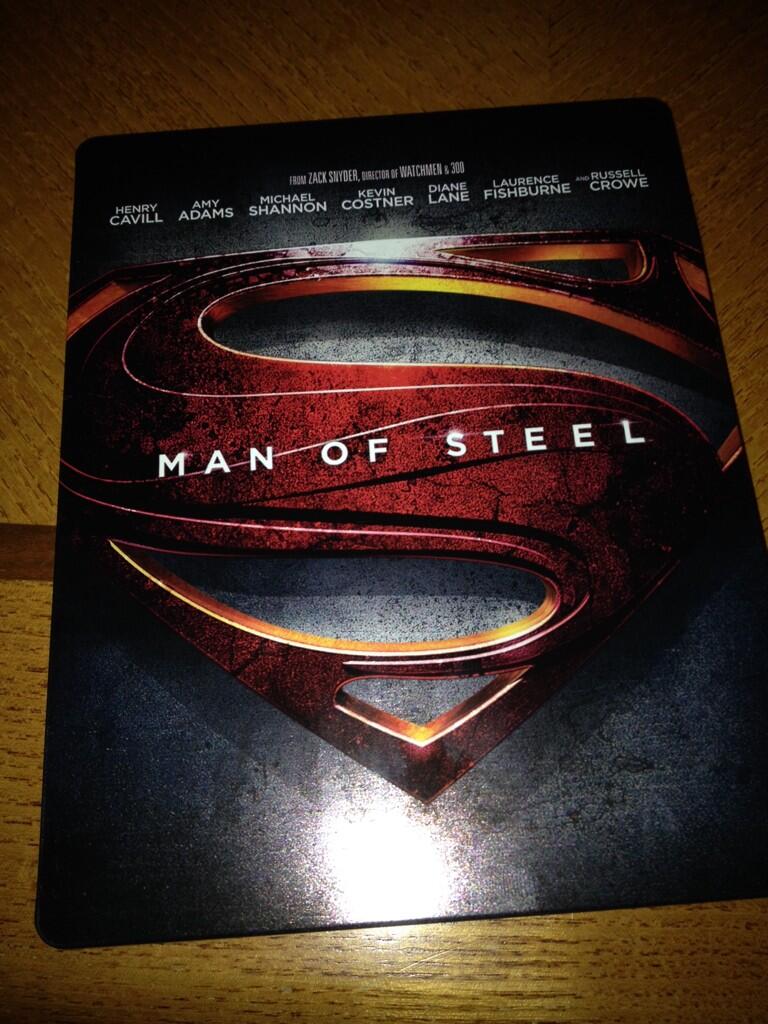 Still, the movie holds up for me on multiple viewings. This time, I watched it in “Journey of Discovery” mode, which is what Warner used to call Maximum Movie Mode. If you’re still not familiar, it’s when they embed a making-of documentary into the movie itself. Normally on a disc, you can opt to just watch the making-of segments independent of the movie. On Man of Steel, however, Warner Home Video decided to include a separate disc to house the “Journey” version of the movie, and I have to say, it’s a fascinating way to experience the film. It’s essentially a 3-hour documentary about the making of a Superman movie, and if you get the disc, it’s definitely worth your time. Even if you hated Man of Steel.

Anyway, I popped in the disc, fired up twitter, and shot off this stream of consciousness as the movie played. You can search #NOCofSteel on twitter or check out this Storify of all the tweets.

I’ve singled out a few choice ones below.

Love or hate Zack Snyder, the man knows how to take full advantage of the home video format. #NOCofSteel

Michael Shannon playing with a Zod Movie Master figure while (dryly) commenting on MOS is my favorite thing in the world. #NOCofSteel

Okay. Superman hovering over the military is a pretty dope moment. #NOCofSteel

I do love Zimmer's #ManOfSteel score. How awesome would it have been to be in the studio to be a part of that drum circle?! #NOCofSteel

I want Michael Shannon to do video commentary on EVERY MOVIE. #NOCofSteel

6 thoughts on “Tweets About Man of Steel on Blu-ray”