In light of recent comments by comic artist Pat Broderick about cosplay and conventions, I think it’s a good time to look at what proper etiquette is like in this new age of pop culture dominance. I won’t only be speaking as a con goer of 11 years, but also as an exhibitor at New York Comic-Con for six years for a major exhibitor. The following is not just con etiquette for con-goers, but for exhibitors as well, to acquaint those who want to purvey goods in this new age. 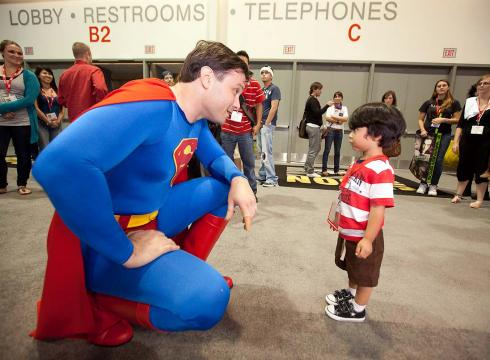 A lot of the stuff I’ve said in here are basic, and have been true even before the recent boom, but I think these things have to be said again, in light of this tension between exhibitors/creators and the new generation of con-goers. Be respectful of each other, and have fun.

One thought on “Etiquette in the New World of Comic Cons”

The one and only. View all posts by Raph S