It’s no secret we’re big fans of The CW’s shared universe of DC superheroes. Arrow and Flash are two of the only shows we still livetweet and recap on a regular basis (shout out Connie and Christelle!) and this season — though it’s on CBS and not (yet) connected — we’ve thrown Supergirl into the mix as well. Of course all of these shows are now on their annual holiday break and won’t return until January. But when they do, they’ll be joined by a new kid on the block, Legends of Tomorrow.

I must say, it’s a good time to be a superhero nerd who loves to watch TV. In addition to all of these DC series, Marvel’s slate of shows on ABC and Netflix are just as great and entertaining (for you long time NOC readers, you might be surprised to learn that I’ve come around on Agents of S.H.I.E.L.D. and I’m sure it has nothing to do with the fact that I met Chloe Bennet at Comic-Con).

What’s amazing is that when the shows return in January, a Greg Berlanti-produced DC superhero show will be on in primetime for four straight nights a week!

Instead of being a mid-season replacement for either Flash or Arrow, Legends will actually run concurrently with both shows when they all return next month. And with the tangentially connected Supergirl on CBS on Mondays, that leaves Friday (traditionally a night where TV shows go to die) as the only day not covered by DC. Maybe that’s when you can watch your DVR’d Gotham episodes?

Really, we’re living in TV Nerdvana right now. As someone who was a faithful Smallville viewer for ten seasons, it’s actually a lot to absorb right now. When Smallville was on, that was the only game in town, and as much as I loved it, I admit the show had its rough patches, not to mention the fact that it took them six to seven seasons before they really embraced their four-color roots.

So now, we live in a world where every week we get to see the adventures of The Flash, Firestorm, Green Arrow, Black Canary, Supergirl, Martian Manhunter(!), and soon Atom, Firestorm, Hawkman and Hawkgirl, and Rip fucking Hunter. We’ve seen extremely faithful takes on super villains like Gorilla Grodd, Reverse Flash, Deathstroke, Captain Cold, and King Shark(!!!) for god’s sake. Like, I’m not sure I even need to see the movie versions of the Flash’s rogues gallery because the ones on The CW right now have set a pretty high bar.

That’s the other thing about the world we live in. Unlike Disney’s approach to the Marvel Universe, Warner Brothers has decided to separate its movie division from its television. And I’m actually cool with that. I mean, who needs two and a half hours of Batman v Superman when the whole freaking Justice League will be on my television screens for four hours every week?

If anything, I say give Berlanti and company access to do their takes on the Trinity. If Ezra Miller can be a movie Flash while Grant Gustin is still around, then why can’t we go the other way and have Superman, Batman, and Wonder Woman on the small screen? Hell, we’ve already seen Supes (in silhouette and in texts) on Supergirl already, why not go full out and cast the role? I think I know someone who can fit the bill. 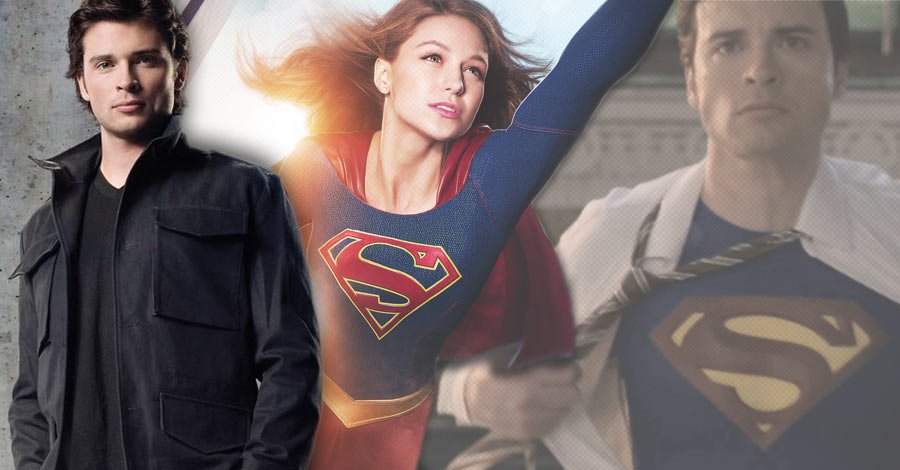