Over the weekend, the Broadway musical, Hamilton, won 11 Tony Awards including Best Musical.

Remember the news story about the lawyer who pointed out that Hamilton’s audition notice discriminated against Caucasian actors?

The lawyer, Randolph M. McLaughlin, inadvertently caused a firestorm of social media ire by lovers of the popular (and expensive) musical. I contacted Randolph to hear his side of the story. 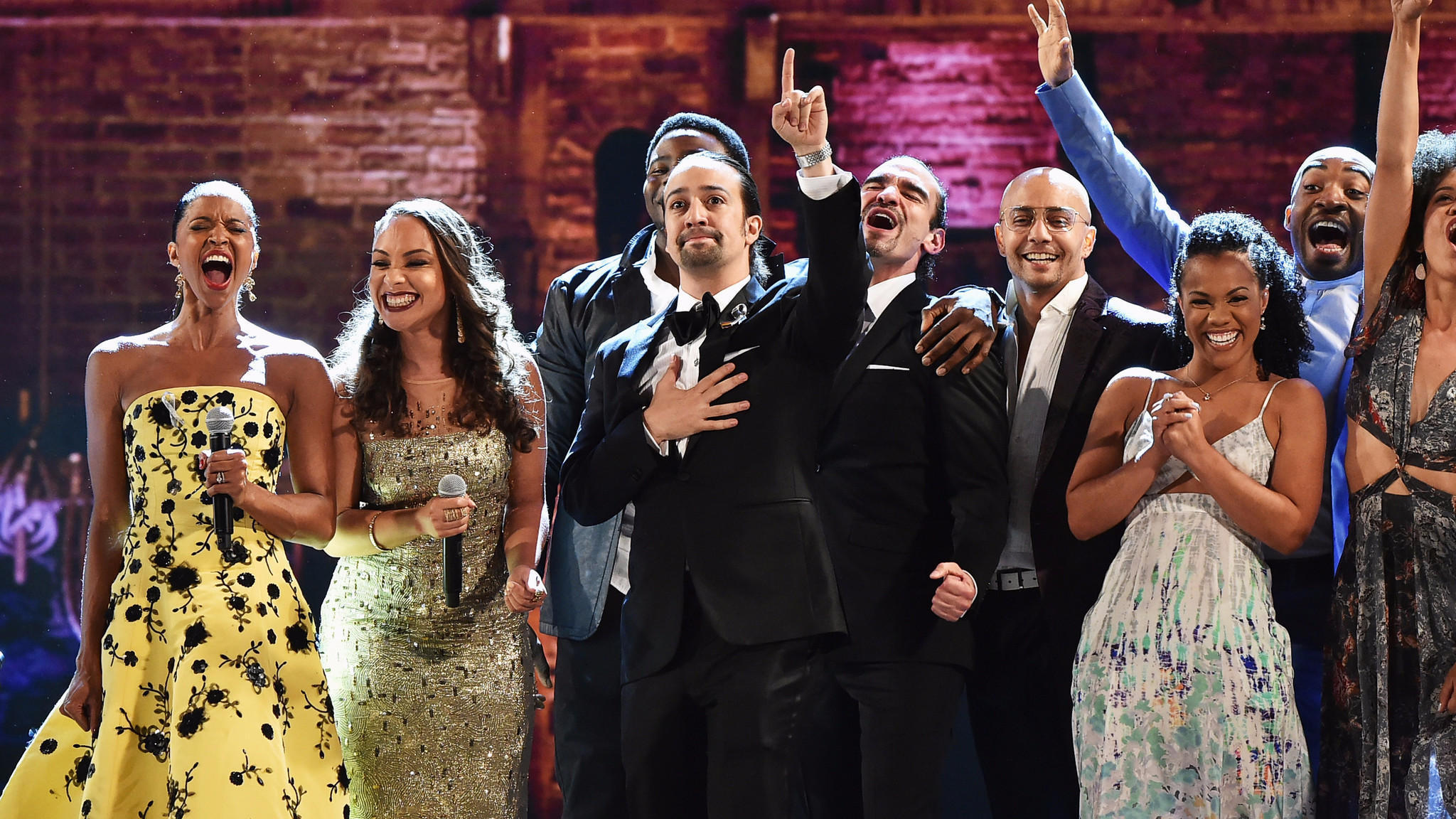 Natalie: How did the casting notice of Hamilton catch your attention in the first place?
Randolph: It was given to me by a reporter, he asked me to comment, and I gave him a comment. He showed me the announcement from Backstage and I gave him my view on that particular issue, here’s what wasn’t in the story.

Apparently, this isn’t the first time that casting calls have gone out which specifically list the race of individuals. It happens all the time. I saw a ton of ads on my twitter feed that said “Caucasian actor” and that anyone was welcome to audition. If I see something that says Caucasian actor, and I’m African American, I’m not going there. I’m not gonna waste my time.

So it’s not a problem just for Hamilton, I think they made a mistake by not putting on the ad what they needed to put on — a disclaimer clause that Actors Equity required them to do and they should’ve done. This is a problem in the industry and it’s been going on for a long time. The only reason it got [media] attention this time around is because it’s excluding whites. Whereas [the industry has] been excluding blacks, Hispanics, and Asians from casting calls for ages. Now it’s national news. That’s not my position, you can’t exclude people on the basis of race for applying for a job. I understand that Hamilton and other productions may have a particular vision of what they want to produce, they have an artistic vision and a right to express that.

My complaint is not with Hamilton, it’s with the industry.

Do you feel that the reporter was making a story and you got caught in the middle?
The reporter, who I know, he’s a good guy. He’s not as aware of the industry practice. He was seeing this as historical, seeing Hamilton as a big production. He called me because I’m a civil rights lawyer. I think, unfortunately, the sentiment that I expressed, people perceived as an attack on Hamilton. I’m attacking, if anything, a practice in the industry that is exclusionary. More often than not the shoe is on the other foot: I’ve heard from many black actors [who] complain that this is what’s done to them all the time. That they’re being excluded by these casting calls. To put something in the ad says “I mean you can come and try this too if you want to,” which is basically what it says. But if the casting director says we’re looking for white actors, I think that’s discriminatory as well. That violates the law.

Do you plan on taking further action in entertainment?
I’m a lawyer, I can only respond when a client asks me to. I’m not an activist going out to attack the entertainment industry. But in a time when we have the “White’s Only” Oscars, [lack of] diversity is a problem across the board in the entertainment industry. Now we see a show like Hamilton or other prominent people of color in these roles, we say “there’s no problem here.” But there is a problem, and it’s pervasive.

Do you think your words were twisted?
I think they were taken way out of context. One of the problems with the proverbial sound bite is that you get a sound bite. It’s not a problem capable of a 30 second sound bite. It’s a problem that’s institutional in the industry. People of color don’t control the industry or casting calls, except Hamilton.

Have you seen Hamilton?
I’m not so sure I’d be welcome, but I’d love to see it. 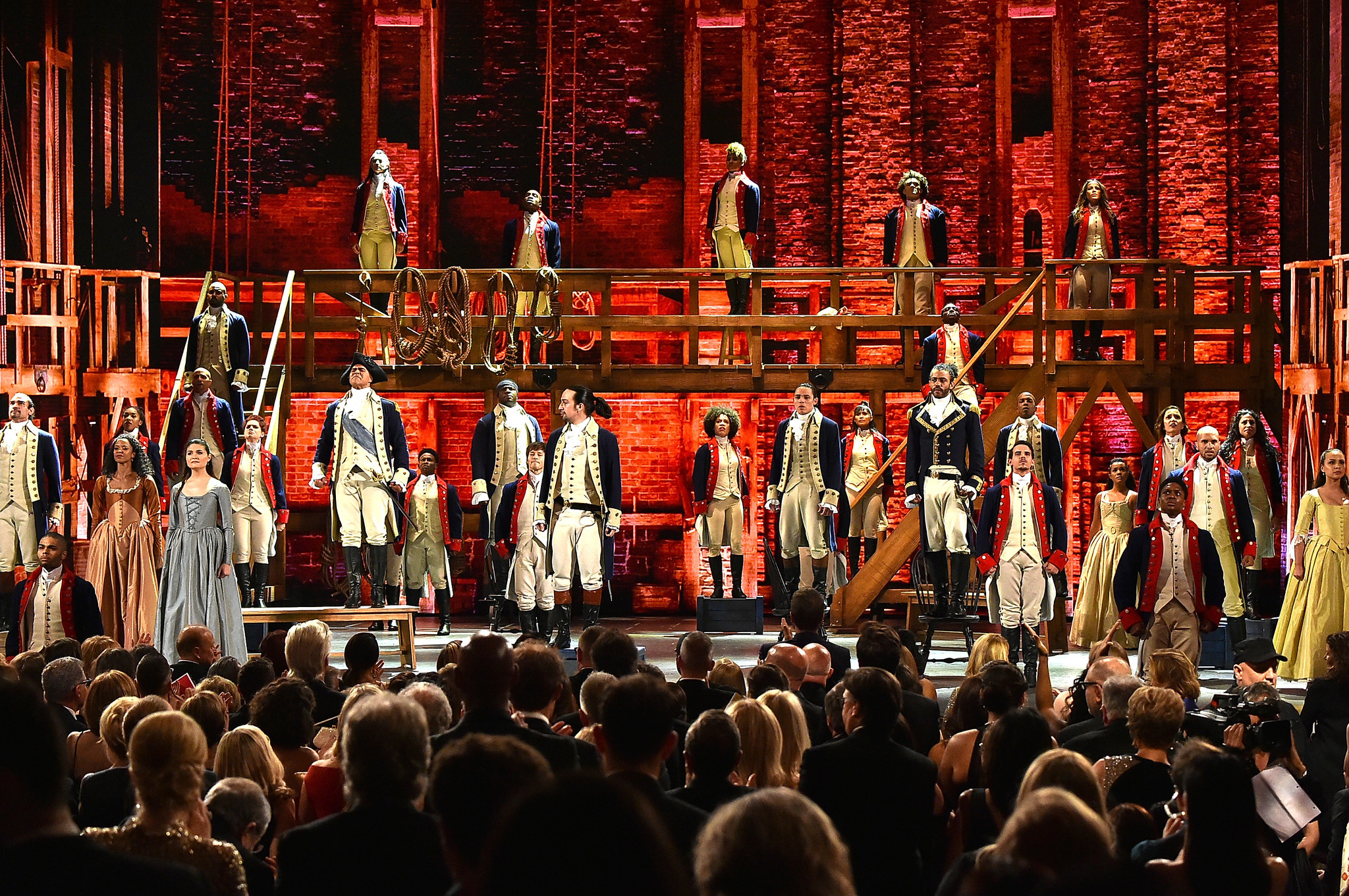 If you could say something to Lin-Manuel and the folks of Hamilton, what would you say?
That they have done a tremendous job exposing the history of America in a way that has never been done before, in a way that’s engaging. I’m a history buff, I was an African history major in school. They’ve done a tremendous job of exposing oppression and racism. Unfortunately, they got caught up in this moment, and they moved past it pretty quickly. I don’t think it’s an issue for them, but for the industry.

Of all the things I’ve done — and most of my work is suing employers for discriminating against people of color, or going after police departments for killing African Americans and Latinos, or just general misconduct — this received more attention than anything I’ve ever done or said in my career.

Including in 1982 when you awarded five black women who had been attacked by the KKK.
To me it’s incredible, of all the things I’ve done, and I think partially it’s because Hamilton is such a big story. There’s so much more going on in our society, to be frank, of more importance. You talk about Black Lives Matter, and the killing of unarmed people of color, institutional racism in all sorts of industries. Why do we suspect that the entertainment industry is going to be immune to these criticisms? This is part of America.

Have you heard of William Kunstler? When I first worked for him for eight years, he was a radical civil rights lawyer in the ’60s and ’70s. He said to me, my first time hearing him speak, “racism is part of our society. We drink it in with our mother’s milk.” It resonated with me. It’s part of our society, it’s embedded in our society. Ever since the first Africans got off the ship in 1619, slavery and racism have been part of our society. Why should we expect that all of a sudden because Obama’s president, we’re in a post-racial era?

I really appreciate it Randy, it clears up a lot of things.

Natalie Kim (@NatalieKimNYC) is a comedy actress, writer, and contributor to The Nerds of Color.

One thought on “Remember That Lawyer Who Accused Hamilton of Discrimination?”