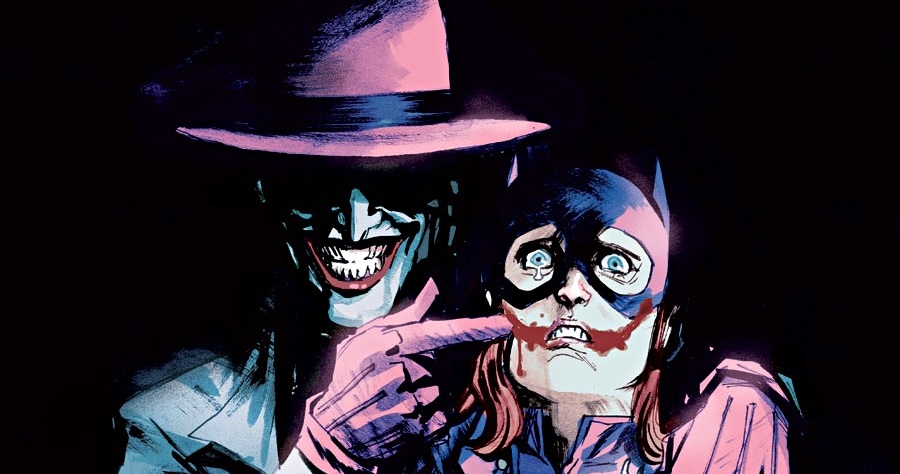 So, usually I’d just let this kind of thing go, or just drop a casual mention of it in West Week Ever, but I was inspired to say more about this particular thing. Last week, DC Comics revealed a variant cover for the upcoming Batgirl #41, which can be seen here:

The cover, by Rafael Albuquerque is an homage to Batman: The Killing Joke — the 1988 graphic novel where The Joker shoots Batgirl/Barbara Gordon and paralyzes her. This was a violent and pivotal storyline, resulting in Barbara eventually adopting the role of Oracle to the DC Universe. The reason this cover is controversial, however, is because of this page from The Killing Joke:

You see, after shooting her (in her Barbara Gordon guise), Joker then showed pictures of her, naked and bloody, to her father, Commissioner Gordon. Over the years, it has been surmised that Joker actually sexually assaulted Barbara before and/or during the photoshoot. The creative team of Alan Moore and Brian Bolland have never confirmed whether or not this was a depiction of the aftermath of a sexual assault. It’s really left open to interpretation by the reader. I can see where that idea comes from, with the S&M imagery of Commissioner Gordon’s garb to the facial expressions in the photos. That said, until DC Comics comes out and says “Yes, Barbara was raped” (and yes, they are just dumb enough to do that), then I’m going to assume that she was not. I don’t even think DC would go that far.

So that brings us to the variant cover above. Many people felt it was in bad taste because it harkened back to this assumed sexual assault. The Joker with his arm draped around her, holding a gun pointed downward, while her eyes fill with tears. The Internet heated up with demands for DC to cancel the cover, via the #CancelTheCover hashtag. Eventually, things got out of hand as death threats were being hurled around, and DC finally announced that they were cancelling the cover at the request of Albuquerque. Well, what do I think about all this? So glad you asked!

I think the Batgirl cover’s uncomfortable, but I also think that’s the point. There’s more storytelling in that image than anything current Batman writer Scott Snyder’s done. As my Twitter pal @Friginator put it:

The fact that so many people are freaking out about the Batgirl/Joker variant comic cover just shows what an effective piece of art it is.

It’s supposed to trigger a response in you. They want the reader to think that there are high stakes involved. That said, I’d probably cry if I were cornered by the guy who paralyzed me. He wouldn’t have had to have raped me to trigger that response. To me, the cover is just another Big Two crossover tactic to make you think something worthwhile may actually happen in the book. That said, covers haven’t really correlated to a comic’s content in years. For all we know, Joker’s on the cover, but Batgirl’s probably saving the local coffee joint in the story (if you haven’t read recent Batgirl, she’s moved to the hip Burnside neighborhood, which is Gotham’s stand-in for Williamsburg). At the end of the day, it’s probably much ado about nothing.

I’m also surprised that this kind of uproar is the result of a VARIANT cover. If you’re not familiar with how the comic industry works, variant covers are considered incentives to the retailer. Let’s say a retailer typically orders 35 copies of Batgirl. DC would like retailers to order more copies, so as an incentive to do so, they’ll give the retailer a special cover if they increase their orders to, say, 50 copies. The idea is that the retailer can then sell that variant cover at a price that’ll make up the difference in copies that may never actually sell. It’s a common practice, and variants can be offered at any level. Some publishers offer a variant cover for every 10 copies ordered, while some high dollar variants are 1:100. In this case, there are 25 Joker-centric variant covers released in June to commemorate the character’s 75th anniversary. The main point that I’m trying to make is that these aren’t the regular covers going to consumers. Right now, it’s unclear as to what kind of ratio in which the variants will be shipped. People were worried about what kind of impression the Batgirl cover would make on a new reader, but that’s probably not the cover that a new reader will see. The regular, common cover of the book looks like this:

The uproar was deafening, though Manara just did what he had been asked to do. He did what he does best, and apparently that’s drawing apple bottoms on crazily-contorted superheroes. Whatever. The point is that Marvel couldn’t play dumb since they knew the guy’s resume, but they also didn’t want to alienate the fans. So, they canceled the cover. Which was a variant. Which most people would never see outside of the websites bashing it.

I can understand the side that opposed the cover, even if I don’t share that sentiment. What bothers me is the precedent that this sets. Kinda like the Robin Thicke/Marvin Gaye decision, I fear for what this means for the future of the comic industry. Are they going to have to run everything by The Mary Sue (a popular website by and for female comic fans) before they approve it? Does Gail Simone (DC Comics’ most prominent female writer) have to give her approval for everything concerning women before it’s universally accepted by fans? Are all controversial comic decisions going to have to be approved by some sort of committee comprised of fans and professionals? Nobody needs to be hurling death threats over comic books, so this clearly escalated quickly. Did DC make the “right call?” Well, that’s in the eye of the beholder. In his statement following the cancellation of the cover, Albuquerque said, “I respect these opinions and, despite whether the discussion is right or wrong, no opinion should be discredited.” I think this whole thing uprising was a bit much, but that’s just my opinion. Convince me I’m wrong in the comments! 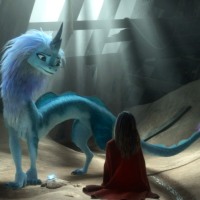 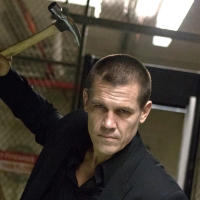 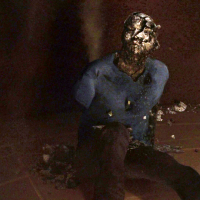