It must have happened when I noticed Kara running in front of a slightly obscured monument that could only have been at Pershing Square. The flat sky scrapers, palm trees, and the technicolor brightness of the world all felt so familiar. An alien, misunderstood and hiding in plain sight, here in DC’s analog of Los Angeles is what makes Supergirl such a watershed moment: it takes this specific angle of the City and wears it unabashedly. As I’ve been playing catch up on the series (sorry… as a Filipino, I’m generally late to everything), I’ve found lots to like about the confident voice in Supergirl. Often steeped in questions of identity, Supergirl’s writers send up the concepts of being a professional woman, a millennial, and, most personal to me, an immigrant with swagger and intent. Seeing National City be so clearly depicted as Los Angeles (seriously, that flat top sky line is unique, y’all) and all of the auxiliary connotations involved in that is not, to my mind a mistake. It is, however, a first.

Even before my family immigrated from Manila to Los Angeles, I felt the connection. Via tape delay broadcasts, my basketball-obsessed family (and kababayan, really) knew of and rooted for the Showtime Lakers. By the time I’d settled into my new school in Hawthorne (a town in South Los Angeles), I’d be indoctrinated by my father into the mythos of Kirk Gibson, Orel Hershiser, and the Dodgers. Tacos, beach bonfires, and traffic have all been a part of my experience as an Angelino. More, seeing places you grew up near, or passed by regularly, and learning that they were part of your favorite movies became a part of my particular vibe. Like when I took a walking tour of L.A. during high school and saw Nakatomi Plaza. Or when I moved to Southeast Los Angeles and would drive past where Daniel-san took Ali on their first date as I would inch along traffic to get to my own girlfriend.

From Chinatown to The Usual Suspects, Los Angeles has served as the backdrop for great films, and its rich history has often worked well as an extra character of sorts — the sprawling metro area and the intrigue surrounding the foundation of the City make it a natural for noir stories. However, the Los Angeles that I had come to know was one that was far more vibrant than the sunshine and shadow contradictions of those films. Raised in an immigrant community and thrust into school systems where no one had heard of the Philippines, I was instantly aware of my otherness. And where that caused consternation and, at times, hurt, I was buoyed by a cast of characters from places as foreign to me, at the time, as the Philippines was to them. The identity of Los Angeles as a place where immigrants can rise up and be counted, then, resonates.

Early and often, Supergirl’s Kara Danvers is referred to as an alien. As an immigrant that’s spent considerable time at the Federal INS office in downtown Los Angeles, the term does not pass by lightly. It’s not simply that my government — the one that I was taught to admire for its openness and sense of welcoming — identified me as “other.” It’s that it also reinforced the moments on the playground when other children might react negatively to the pungent aroma of the home cooked meals my mother would deliver to me at lunch (causing enough embarrassment, in fact, that I once requested Lunchables instead of adobo. #NeverForget) or the time a kid got angry at me and called me a “Chink,” not knowing that the hierarchy of offense for me lay first at not even getting my ethnicity correct before lobbing the slur. The look on Kara’s face as she absorbs the suspicious barbs about aliens from Hank Henshaw early in the series or insults from other aliens or even the innocuous, if awkward, moment when Winn makes an off-handed generality about “all Kryptonians” are all faces I’ve at some point worn. 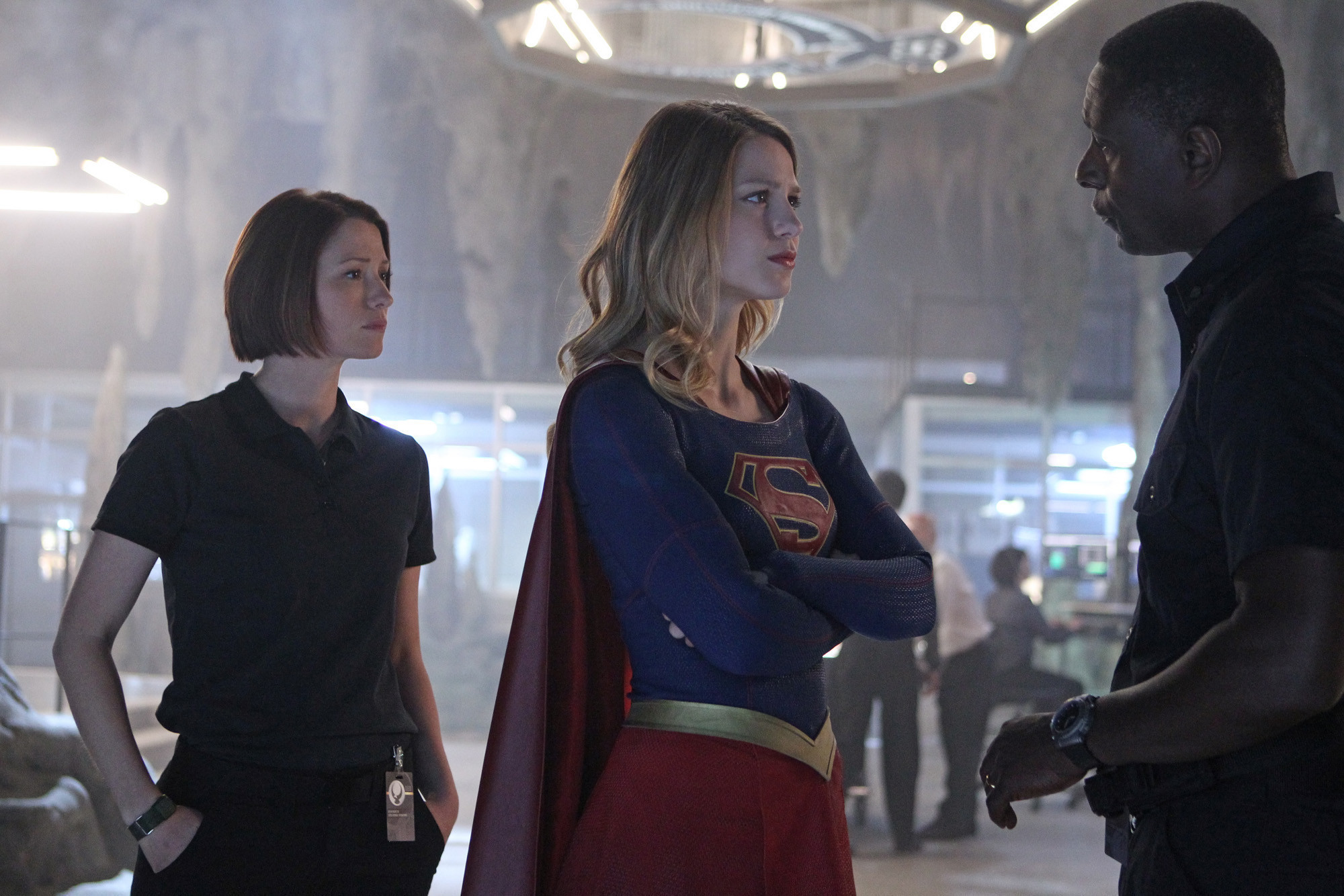 That Kara responds by taking on the responsibility of being “the good alien” while working out how to reconcile that her alien-ness is a point of pride resonates deeply with my own experience — how do you deal with the duality that makes being special also mean being isolated? That loneliness that she feels as she navigates this foreign world (compounded by being an orphan) reminds me of being the first in my family to apply and gain acceptance to college; the first to fill out a FAFSA form. The sense of fear at being first through that door but knowing no other path available is one I’ve felt over and over as I’ve worked my way up the educational and professional hierarchy. It’s one that Supergirl illustrates effectively in the workplace arcs and relationships between Kara and her office/surrogate family.

As a young immigrant (and a millennial, specifically), this current incarnation of Supergirl is easily the most accessible character of the current slate of comic book shows. It also handles these themes with grace and emotional depth. The connection between Kara and Hank, as well as Cat Grant, as surrogate parents/mentors makes much sense in light of her immigrant experience — the list of teachers, supervisors, and well-intentioned older people around to help me gain my footing as I learned how to register for classes, apply and interview for a job, and learn the ins-and-outs of the workplace is long and vital.

As I sat watching mid-season episodes (haven’t finished the season yet — get off my back!), these realizations finally dovetailed with the intermittent admiration of various shots of Los Angeles: that the creators of Supergirl must know that setting their show about a millennial, immigrant woman in an analog for a city that is steeped in the richness provided by its immigrant community — a place pioneers came and still come to become stars — is nothing short of revolutionary. 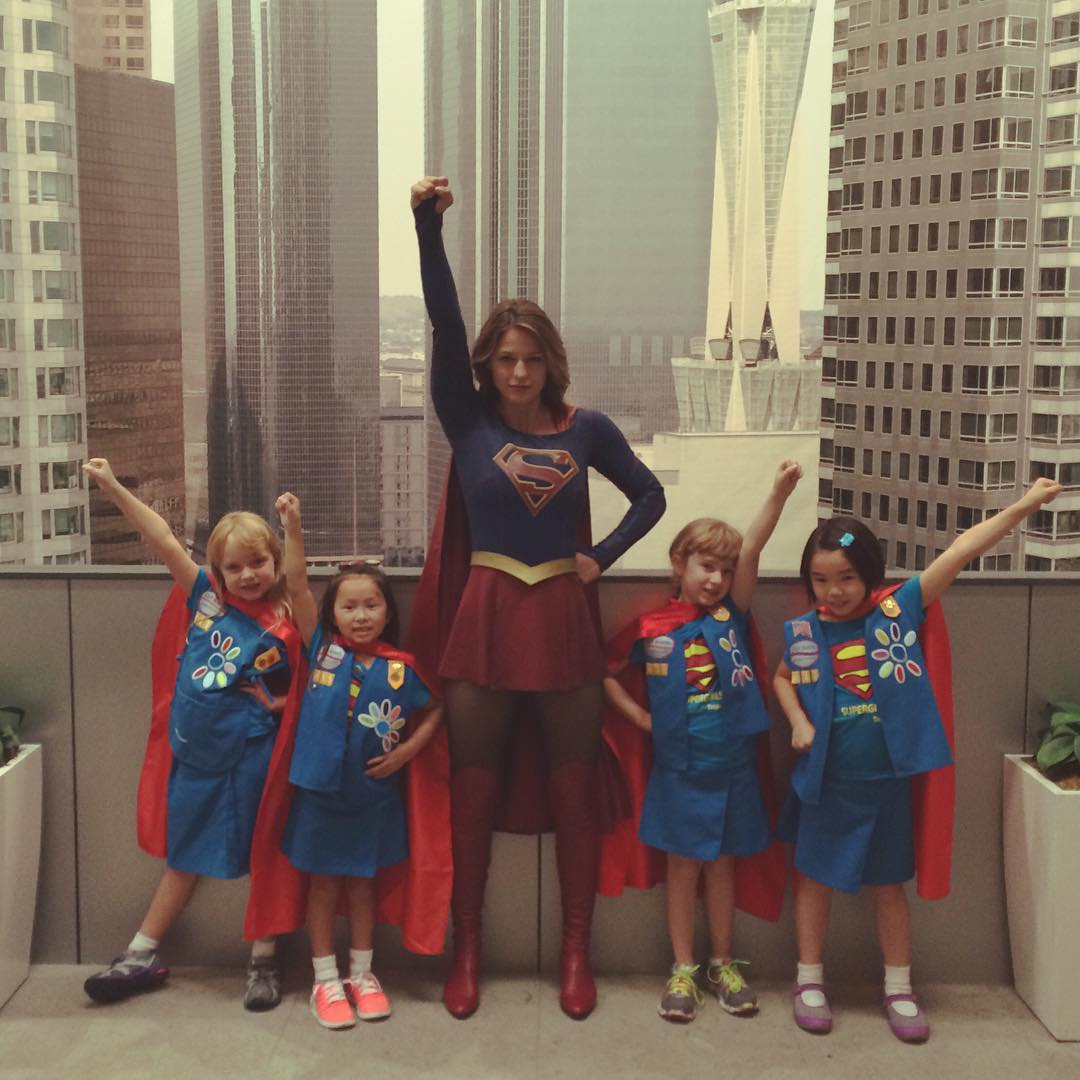 It’s no surprise, then, that a show would choose a location so bright to place its most hopeful show and that I have found hope in a future where Supergirl’s bold declaration that immigrants contribute positively to society might be less the voice in the wilderness and more the commonly held belief.

I mean, she’s even made a believer out of Cat Grant after all.

AJ Joven is a freelance writer and musician. Hailing from Los Angeles by way of Manila, AJ enjoys writing about sports, pop culture, social justice, and the weird Venn diagram where those things meet. He’s a fan of Liverpool Football Club and the DC TV-verse. Find him on twitter @aj_joven or on his website fakeplasticdrafts.com.

7 thoughts on “Supergirl: An L.A. Story for Today”

AJ is an Angeleno obsessed with Liverpool Football Club, Hamilton, and Supergirl. He spends his time with his beautiful wife and trying to talk her into getting a golden retriever - he is losing this battle. Find him on Twitter @aj_joven or on his website: fakeplasticdrafts.com View all posts by AJ Joven