If you follow this site, you know there aren’t many things we obsess over more than The CW’s DC Universe and Hamilton. And since most of the original cast of the Broadway phenomenon has moved on — or is about to move on [sadface] — I figured why not mash up our favorite things and imagine which DC characters the Hamilton cast could play in the Berlanti-verse? We all know how much they love casting Broadway talent on these shows in the first place. Besides, Lin himself has said we should expect these guys on our favorite shows anyway:

🌍, sorry for hogging @DaveedDiggs so long. He's headed to every movie/show you ❤️.
SO proud we were his Bway debut. https://t.co/u78k5YYLlH

Let’s start with Mr. Hard Rock (like Lancelot) himself, Daveed Diggs, since the announcement of his departure is what spurred me to write this to begin with. Back when I originally wrote my pitch for an all-musical Flarrowverse crossover, I imagined Neil Patrick Harris as Music Meister, the catalyst for why our favorite heroes would be singing. More than a year — and several hundred replays of the Hamilton cast album — later, I’ve changed my stance. Instead of NPH, I can’t imagine anyone else but Daveed Diggs as the musical instigator. 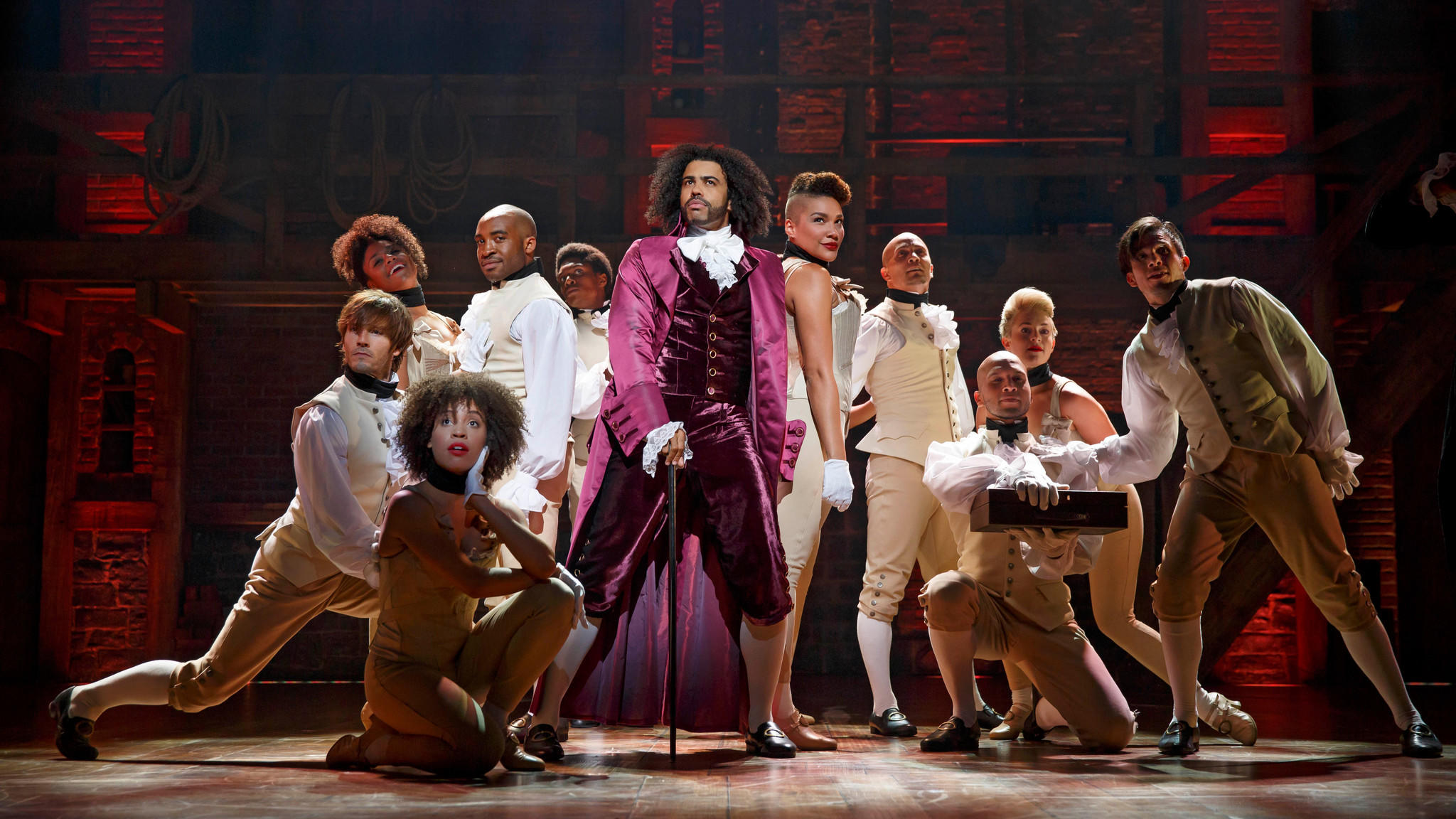 As Thomas Jefferson, Diggs has proven he can be our hero’s main antagonist while simultaneously stealing every scene he’s in. Even though Jefferson is an asshole, you can’t help rooting for him. From his introduction at the top of Act II through his ascendancy to the presidency, Diggs’ Jefferson has an arrogance that’s only trumped by his swagger. As the Music Meister, Diggs can bring all the manic energy to [Star/Central/National] City that is necessary to make our heroes break out into song. Plus, he already has undeniable skills dancing around with a cane.

Now that we know Clark will be joining James on Supergirl, it would be a shame to leave out the third part of that triumvirate: Lois Lane. She’d already been referenced a number of times last season, so it isn’t a stretch to see the Pulitzer-winning journalist make her debut in the Berlanti-verse sooner than later. Any actress who plays Lois will have to be as tenacious, vulnerable, and strong-willed as the actresses who came before. The Hamilton star who displays those traits on stage is Phillipa Soo as the (not so) helpless Eliza Schuyler Hamilton.

Though Soo, at 26, would actually be nearly a decade younger than Jenna Dewan-Tatum — the actress who plays Lois’ “kid” sister Lucy — there’s a maturity to her performance as Eliza that betrays her youth. It also doesn’t hurt that Eliza ages 24 years in the play (as well as another 50 years — it’s not enough). Pippa has the spunk and fortitude to follow in the iconic footsteps of Amy Adams, Erica Durance, Teri Hatcher, Margot Kidder, and Noel Neill (R.I.P.).

It’s starting to feel like I’m suggesting nothing but Superman characters, but I guess that’s what happens when you bring the Man of Steel into your universe. And while Max Lord was a serviceable villain last season on Supergirl, he was basically Luthor-Lite. So why not include the real deal? And deals don’t get realer than the inimitable and original… wait for it… Leslie Odom Jr.!

Who better to play the villain of the story than the villain in your history? As Aaron Burr, Odom Jr. embodies all the ambition, jealousy, and rage as the country’s first vice president to ever murder somebody in cold blood. Despite his role as the story’s antagonist, Burr is actually the show’s emotional core and we get to see his character transform from a soft-spoken genius to a power-obsessed megalomaniac. That nuanced approach to a live action Lex Luthor hasn’t been seen since Michael Rosenbaum’s turn on Smallville, which is apt since that’s the show that birthed The CW as the go-to network for the DC Universe. Plus, everyone knows Lex was Black in the Animated Series.

Ever since Supergirl cast Tyler Hoechlin as Superman (instead of Tom Welling [sniff]) we now know that the Trinity is in the cards for the CWverse. While Baby Batman is tied up over on FOX, we should at least have Diana of Themyscira make an appearance alongside the rest of the nascent Justice League. And no one else exhibits Diana’s grace, beauty, strength, regalness, and loyalty like Renee Elise Goldsberry.

As the oldest and wittiest of the Schuyler Sisters, Angelica is also the most intense of the trio (some men might even think she’s insane). She’s also fiercely feminist (werk!) and is willing to sacrifice herself for her sisters. The real question is why wouldn’t Renee Elise Goldsberry be Wonder Woman? I mean, since the movie had such a hard time casting Black Amazons, the least they could do is cast Renee as Diana. Plus, she’s got the Wonder Woman twirl down pat — and the golden lariat. What you runnin’ from?

We may never see Hal Jordan or John Stewart on the small screen, but that doesn’t mean we can’t have a Green Lantern! In the ’90s, Kyle Rayner replaced Hal Jordan as GL, and for a whole generation of comics readers, Kyle was their Green Lantern. A struggling artist when he was chosen for the power ring, Kyle Rayner’s fertile imagination allowed him to create amazing constructs with his mind (like he’s running out of time). After witnessing the death of a loved one (the original woman in a fridge — bleh), Kyle headed off to New York where he could be a new man. Sound familiar?

To be honest, Lin is probably too big to show up on The CW, but maybe we can convince him if he gets to wield a power ring? We know he’s a comic nerd (though he makes his Saga). But if the folks in Berlanti-world are listening, the Hamilton cast can all fit nicely into the talent pool you’ve already gathered on your superhero shows!

Really, I just want to be able to see all of these people on my TV screens as often as possible. Even if I never had the chance to see them inside the room where it happened.

5 thoughts on “Green Arrows and Ham: Five ‘Hamilton’ Stars who Should be in the DC Universe”