In which I wish I could have Monica Rambeau’s fearlessness when it comes to Black women characters in sci-fi, but I’ve been burned twice before.

Captain Marvel blasted into theaters two weeks ago and left both genuine MCU fans and fake nerd boys shaking in their leather boots. I loved the story of Carol Danvers finding her way back home and returning that favor to another species. I also loved meeting her best friend (or is it wife?) Maria Rambeau and her daughter Monica. As a person who doesn’t read the comics, I knew about Maria and Monica from the fandom, but hadn’t had a proper introduction to her yet. Captain Marvel’s version of Maria and Monica were brilliant. They were strong women, but full of heart; super smart, very capable, and fearless. 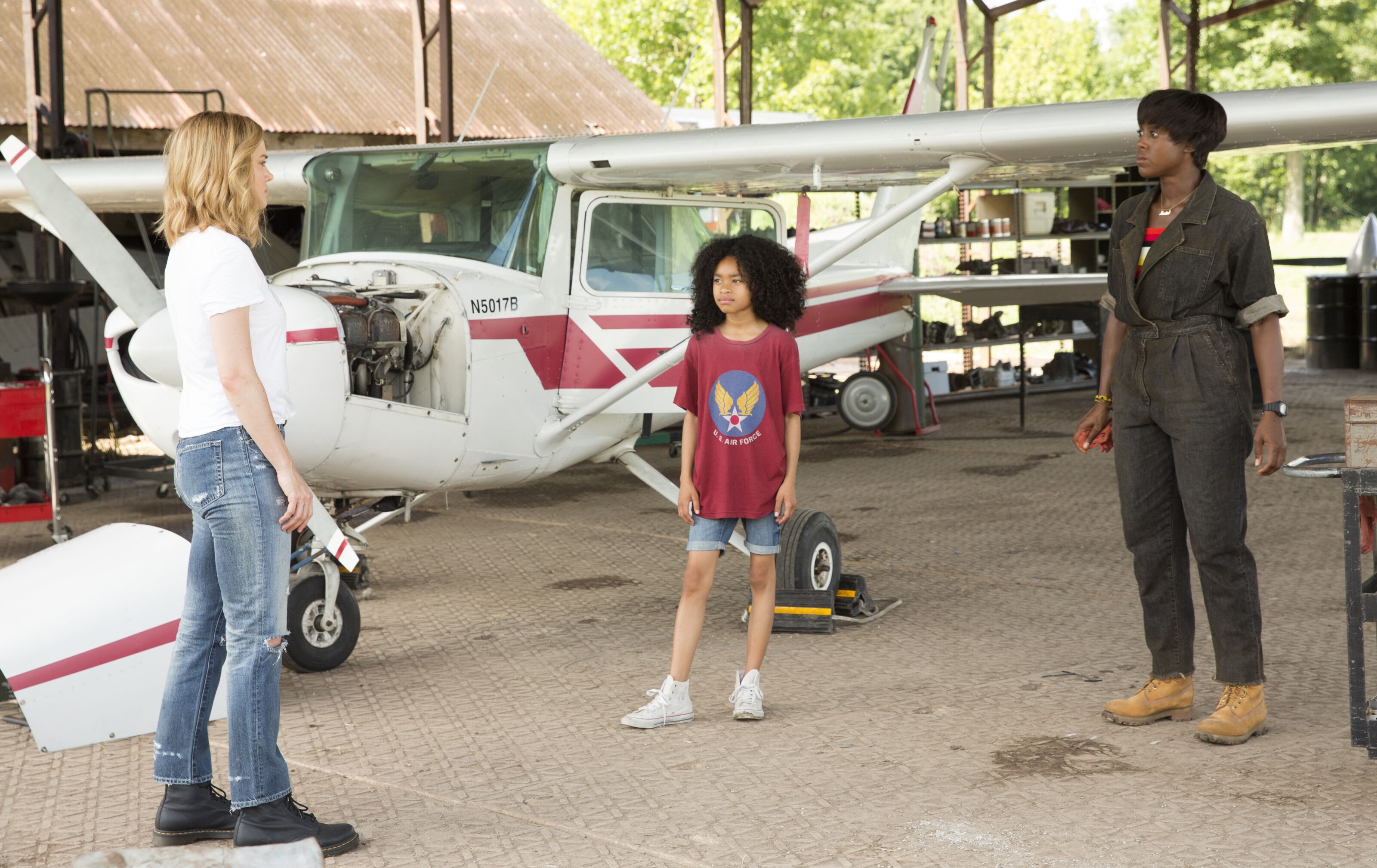 I was most taken in by Monica’s fearlessness. At about 12 years old, she held onto the hope she’d see her Auntie Carol again and that her mother would still get to live her dreams. Her encouragement of her mother to go on the mission with Carol and Fury, into outer space on a ship only just modified to take the journey there, was amazing. But it also left me with immense fear. I spent the next ten minutes wondering if they were going to kill Maria during this mission. The stakes were high, the variables unknown. One white woman with super powers and two Black characters with none left me nervous that one of those Black people couldn’t survive the trip to space and back. We already knew Fury does. And we know Monica is destined to be a superhero in her own right — what a better catalyst to that journey than losing your mom at an early age? It’s a tried and true story.

This fear was, thankfully, absolved, and Maria makes it home to her daughter. But that fear… I hated that I felt it and that it wasn’t unfounded. Black women characters in science fiction and fantasy, especially in top billing roles, have been few and far between. And when we do get them, they’re often immediately taken away. The two prime, recent examples that come to mind are from Star Wars and Doctor Who.

In Solo: A Star Wars Story, we’re introduced to Thandie Newton’s character Val and it. Is. Awesome. She’s a gun-toting, fierce outlaw who has made a family business out of smuggling. She and husband Tobias Beckett (Woody Harrelson) meet Han Solo (Alden Ehrenreich) and show him the ropes of their business. But as they embark on a dangerous mission, this self-assured woman finds herself stranded on top of a bridge and barely gives herself a glance around to see if she can make it down. She is determined to finish the mission, even if it costs her her life. She detonates the bombs she’d placed and goes down with a blaze of… well, I wouldn’t call it glory. Harrelson’s character spends about five minutes being sad/angry about her death and then we never hear about her for the rest of the movie.

Val didn’t have to die. They could have spun things a different way for her character to get separated from the men. Or, she could have been the lead character who teaches Han Solo everything he knew. Even if she’d taken Woody Harrelson’s role and been the master double-crosser who turned out to be evil in the end, her death — after 50 more minutes than she originally got — would have at least been more earned. But instead, she lasts about 30 minutes into the movie and isn’t spoken of again.

Over in a different galaxy, there’s a new Time Lord in town. A woman has become the Doctor for the first time in 55 years and it’s long overdue. The Doctor Who season 10 premiere brought a new Doctor, a new showrunner, and a new cast of characters to the TARDIS and it was almost the representation we’ve been demanding for years. Among the Doctor’s new “fam,” the new season introduced a Black female character and piqued my interest even more. We’ve had a few Black women on Doctor Who before, but both Martha and Bill left after one season, and one was technically dead by the end of hers. (Of course, there was Mels, but the less I say about her brief appearance, the better.) So I was excited to meet a new Black woman character, one who is older and so fierce and cool! But as I watched the premiere — and as I watched my Twitter timeline — it became more and more clear that Grace (Sharon D. Clarke) wasn’t going to survive the episode. And she didn’t, the showrunners using her death to bring two distant male characters in her life closer together.

Both instances were classic fridging: killing a female character to advance the story of a man. And while it would be harder for Captain Marvel meet those specific requirements with its female lead, there’s not quite a trope name for killing a Black character to advance that of a white character, though Black Dude Dies First is probably the closest. Unfortunately, it happens in media all the time. So when Maria agreed to go into space, my heart started to seize in my chest. I mentally repeated, “don’t ‘chall do it!” until she safely beat Minn-Erva and landed back home to Monica.

One day, I may not have to immediately have that fear. And of course, there are Black women characters who make it. Sonequa Martin-Green is holding it down as the lead of Star Trek: Discovery.

Gina Torres’ Zoe Washburne made it through Firefly and Serenity (though her husband did not), and we’ve got Dutch (Hannah John-Kamen) on Killjoys and Naomi Nagata (Dominique Tipper) on The Expanse. But a handful of names don’t negate decades of erasure of Black women in space or undo the deaths we’ve endured on screen just recently.

The only answer is to give us more. And Marvel will hopefully do the smart thing and immediately greenlight a Monica Rambeau sequel to Captain Marvel for Phase 4. But it’s going to take a lot more writers and producers introducing bad-ass Black women and not using them as sacrificial lambs for me to become trusting again.

Connie is a writer, editor, podcaster, epic tweeter and TV junkie living in NYC. She currently a writer for TIME for Kids magazine and a writer/editor at Black Girls Create. Before, she was a features writer for the New York Daily News and the TV Editor for Black Girl Nerds. Her other writing has been featured in Buzzfeed, Shondaland, Polygon, She Knows, The Mary Sue, Hello Giggles, The Nerds of Color, Nerds of Prey, Just About Write, and Bitch Flicks, among others. Follow her on Twitter: @ConStar24 View all posts by Constance Gibbs