Since The Nerds of Color is not the only awesome thing on the internet, we spent the weekend scouring the web for some of the most NOC-relevant links around. Here are five stories that have gotten the most buzz around the N.O.C. office.

Our two favorite honorary Nerds of Color unite as Jeff Yang interviews Miss America Nina Davuluri for his Tao Jones column for the Wall Street Jounral, Jeff gets Davuluri to talk about the racist backlash her win engendered and the stereotypes she faced on her way to being crowned as the first Asian American Miss America. He also get her to reveal some more about her own N.O.C. Origin:

“Yes, of course! I grew up reading science fiction and fantasy, and I didn’t think anything of it. I love ‘Lord of the Rings.’ I love ‘Harry Potter’ — I love ‘Star Wars’! I hopped on the ‘Star Trek’ bandwagon late in life, I admit, with the new movies, but I loved them as well. I love all that stuff, and there’s absolutely nothing wrong with that. I want people to know: It’s okay to be a nerd!”

Jeff also gives us a little “Must Click” love at the bottom of the column. Thanks, Jeff!

Over at Grantland, Emily Yoshida looks back at the legacy of Myst, which celebrated its 20th anniversary last week. 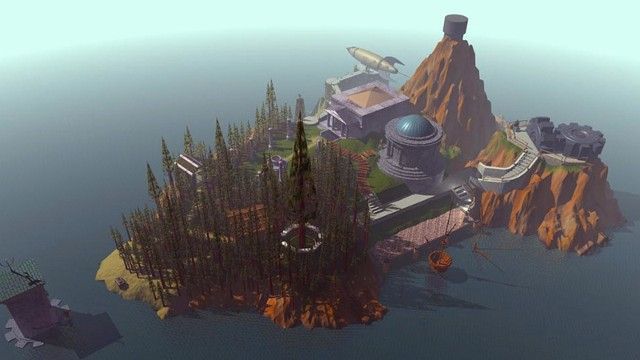 Twenty years ago, people talked about Myst the same way they talked about The Sopranos during its first season: as one of those rare works that irrevocably changed its medium. It certainly felt like nothing in gaming would or could be the same after it. If you remember the game, you remember that feeling of landing on Myst Island for the first time, staggeringly bereft of information in a way that felt like some kind of reverse epiphany, left with no option but to start exploring. This was a revolutionary feeling to have while staring at your PC screen.

Resident Lurker of Color, Daniel José Older recently held a roundtable of writers to imagine in both practical and fantastical ways what the SF and fantasy community would look like if it was actively anti-oppressive. And Strange Horizons published the results.

Though not in direct response to Older’s roundtable — or is it? — two Hachette Group publicists are going to be running the 2013 NYC Marathon as a way of raising funds to start a Diverse Worlds Grant. The funds they raise will be administered by Speculative Literature Foundation and go toward helping “writers from backgrounds traditionally underrepresented in the genre to start and continue publishing.” Learn more about the grant, and how you can help at the grant’s CrowdRise page.

Finally, CNN has a photo gallery of the world of competitive gaming by Simon Chetrit, that shows the diversity of the community.