Welcome NOC. Our long, boring wait is over, and it’s finally Game of Thrones time!

First up, exciting updates to the iconic title sequence — the wall has fallen. At the premiere, this change surprised even some of the crew, because the staffers working on it kept it a secret!

The first scene is a strong callback to Season 1, episode 1. Back then, a tiny Arya once climbed high to get a better look at the once-in-a-lifetime pageant that accompanies a visiting monarch. That was for the King of the Seven Kingdoms; this time, a queen.

Daenerys and her diverse crew are received by the North with skepticism and a bit of hostility… until her dragons soar above. No wonder she’s so pleased with herself. Well, that and her coat is divine.

Stark family reunion… oww, my heart. Then, strong shade between two leading ladies before Bran gets down to business. No time to waste. In the great hall, little Lord Umber has a cute scene, but considering how precious show minutes are, I fear for his fate. Loyalists of ice queen Lyanna Mormont will be pleased with their favorite’s surly reproach of Jon; I see many new GIFs in our future. Sansa taking her shade beyond sharp glances “What do dragons eat?” provokes a jab from Daenerys (“whatever they want”). EEEEK!

It’s so weird to see Sansa interact with Tyrion after all these years. Are they still married, technically? Maybe as far as the Seven are concerned, since it was a southern wedding (vs. her northern nightmare with Ramsey). This show is so messy AND I LOVE IT.

Jon and Arya! The reunion House Stark fans wanted the most, under the heart tree where their father used to pray for strength and guidance. I’m not weeping AT ALL. Needle! And when Arya stands up for Sansa, it’s breathtaking. They have each others’ backs.

Down in Kings Landing, Cersei reminds us of how ruthless she has always been. Did you miss her? Her one word celebration of potential tragedy in the north brings us back up to speed re: her edge. Yara Greyjoy is still alive, but battered, and rightfully wary. Cersei gives Euron the Heisman. “You want a whore, buy one. You want a queen, earn one.” Vintage Cersei. I predict she’s going to love this guy’s pickup artist schtick, though. It’s been so long since someone flirted with her or looked at her like that. Cersei’s “But now I want to be alone” dismissal of Euron, post-sex is such a mood. Euron cockily proclaims he’s going to put a prince in her belly before leaving and Cersei looks down at her body, with love. Someone might have beaten him to that, remember?

Before I forget — Harry Strickland bringing the Golden Company to Kings Landing (without elephants!) with Euron makes me wonder if the Targaryen ancestral sword(s) maybe came with them. For those who are fuzzy, the Golden Company are the finest mercenaries one can rent.

A bit of redemption for Theon as he saves Yara, reminding us of how she once saved him. Then she head butts him, as if to say, “What took you so long?” Theon looks stronger than he did. Yara’s love for him/understanding his need to go to Winterfell is sweet. Speaking of Winterfell, Ser Davos, Tyrion, and Varys are all such matchmaking aunties as they observe Jonerys canoodling and mutter about how they should get married. The negativity between Daenerys and Sansa feels extremely authentic, as does Jon’s reaction.

ICYMI, our emo prince Jon is riding the dragon named after his late father, Rhaegar, Daenerys’ eldest brother. Our secret Targaryen proves his bravery and his mettle, and I appreciate how he struggles a bit to stay on. “You’ve completely ruined horses for me.” This private, gorgeous moment in front of icy waterfalls reminds me of Jon with Ygritte, especially when Daenerys wistfully mentions staying up there. If only life were a song.

ANOTHER POWERFUL REUNION! Arya and the Hound size each other up at the forge. There’s a begrudging admiration, then it’s on to the reunion between Arry and Gendry, which starts with a weapons request and ends with Arya flirting?! Mayhaps for the first time?

Showdown between Sansa and Jon. “Did you bend the knee to save the north or because you love her?”

Daenerys’ walk through the library to find Sam and thank him for curing Jorah’s greyscale starts off so sweetly and immediately goes south when Poor Sam learns that Daenerys is truly her father’s daughter; she burnt HIS father alive for not bending the knee. Sam’s pained rxn to learning his father was executed is a testament to his extreme goodness. He’s so pure of heart. Remember, his dad threatened to murder him if he didn’t join the Nights Watch — that’s how much Randall Tarley loathed his “disappointing” heir. As for Daenerys’ being her father’s daughter, recall that the Mad King Aerys tortured and killed Ned Stark’s father and eldest brother the same way his daughter dispatched the Tarleys — by burning them alive. No wonder Sansa Stark can barely contain her rage.

Sam’s grief for his father is complicated, and he thinks “at least” he can go home again, because his little brother loves him… except Daenerys flambeed Dickon Tarley, too. Poor Sam comes undone, but still excuses himself like a gentleman before he loses it. Sam encounters Bran outside, watching the bustle at Winterfell. Bran is “waiting for an old friend.” That sounds… ominous, but there’s no time for gooseflesh because Bran wants Sam to give Jon THE TALK about his parents. NOW. Bran is on a schedule, damn it. There had been much speculation re: how this planetos-shattering reveal would go down: Bran? Sam? Tag team, back again check it to wreck it, let’s begin?

It’s Sam. Alone. This is significant though –Jon trusts him the most, Sam always reframes whatever pains him. When Jon was bitter about being assigned “Steward” instead of “Ranger,” Sam was there. Sam is his sworn brother. It HAS to come from Sam… and Sam.. .he is angry. “Would you have done it?” Apples to oranges. Jon was raised by Ned. Dany was raised by… Viserys. Kit is so good at acting with just his eyes. We can see his entire world shattering as they soften. “My father was the most honorable man I’d ever met. You saying he lied to me my whole life?” All his life, all Jon ever had was Ned. Now he’s lost that anchor.

Winterfell’s divided. And Sam is now siding with the North, in finding Daenerys unappealing and unjust. Speaking of that, was I the only one yelling “Torrhen Stark! The King who knelt!” when Northerners were mutinying earlier and Jon was begging for patience? “The Stark who knelt” was Jon’s ancestor; he bent the knee to Aegon Targaryen to prevent further bloodshed and carnage (see: Harrenhall’s unique “architecture”). He put his people before his ego and served. That’s how the Starks became Wardens of the North! Jon is so true and loyal, y’all; he learns about his Targaryen birthright and his response is, “It’s treason.” Let’s be honest, Jon would be a much better ruler after watching Ned Stark prepare Rob to be Lord of Winterfell/Warden of the North his entire life.

Meanwhile up north at “The Last Hearth,” castle of the Umbers, Tormund, and Beric encounter Dolorous Edd, then a ghostly scene, then a ghastly one. No wonder little Ned Umber had such a starring role at the Great Hall in the beginning of the episode. He was doomed. I just realized that the two children in that Great Hall scene are named Ned (Umber) and Lyanna (Stark). Both children had to step up to adult leadership roles after their parents were slaughtered at the Red Wedding. Vassals to House Stark really loved them.

With Lord Umber, another callback to the past — a gruesome “message” from the Night King, the dismembered limbs carefully arranged in a spiral formation as seen in Season 3 at the Fist of the First Men. That time, it was decapitated horses. Continuity in gore. Finally, among the weary travelers headed for the “safety” of Winterfell, a hooded man on a horse. It’s Jaime-incest-is-best-Lannister, whose bright blonde, Disney-prince hair got darker and darker as he became more honorable. Curiouser and curiouser, right? When Jaime surveys his surroundings and sees a young man sitting in a wheelchair, his eyes bulge as he realizes who is staring at him. What a silent showdown. Bran was “waiting for an old friend,” indeed.

This episode was FULL of callbacks to Season One! In fact, in an interview I read GoT star Maisie Williams (Arya) said she relied more on rewatching Season 1 than Season 7 to prep for filming Season 8, because every episode of this final season strongly refers back to the beginning of the series. A quick rewatch is in order!

Next week on Game of Thrones : Daenerys has an icy hot showdown with Jaime Lannister, the man whose ignominious nickname, “Kingslayer,” was derived from his murder of her father, Mad King Aerys (Jaime was his Kingsguard then, so it was considered extra foul.) Jaime and Tyrion seem to have switched places (in Season 4 Tyrion was on trial for the Purple Wedding while Jaime watched). Next Arya seems to revert to faceless man assassin mode: who is her target? Is that why she asked Gendry to forge her a special weapon? Before we can process ANY of that, Tormund warns Jon about the impending attack and Winterfell battens down the hatches. By the end of the preview, I was fighting off “Helm’s Deep” feelings. I guess if there are only five episodes left, they have to get on with it.

At first I was mad the season premier was only 54 minutes long because if there are only six episodes (vs. 10), don’t we deserve extra-long shows? I must admit, by the end of “Winterfell,” I felt exhausted. There was so much to think about, and Ned’s end was so sad (AGAIN).

Friends, it’s been my honor to serve in the NOC’s Watch for the realm tonight. If you have Qs, theories, or neep recipes, I’m on twitter @suitablegirl. Always willing to talk GoT. I’ve read the books twice and even have a bulldog named Daenerys. 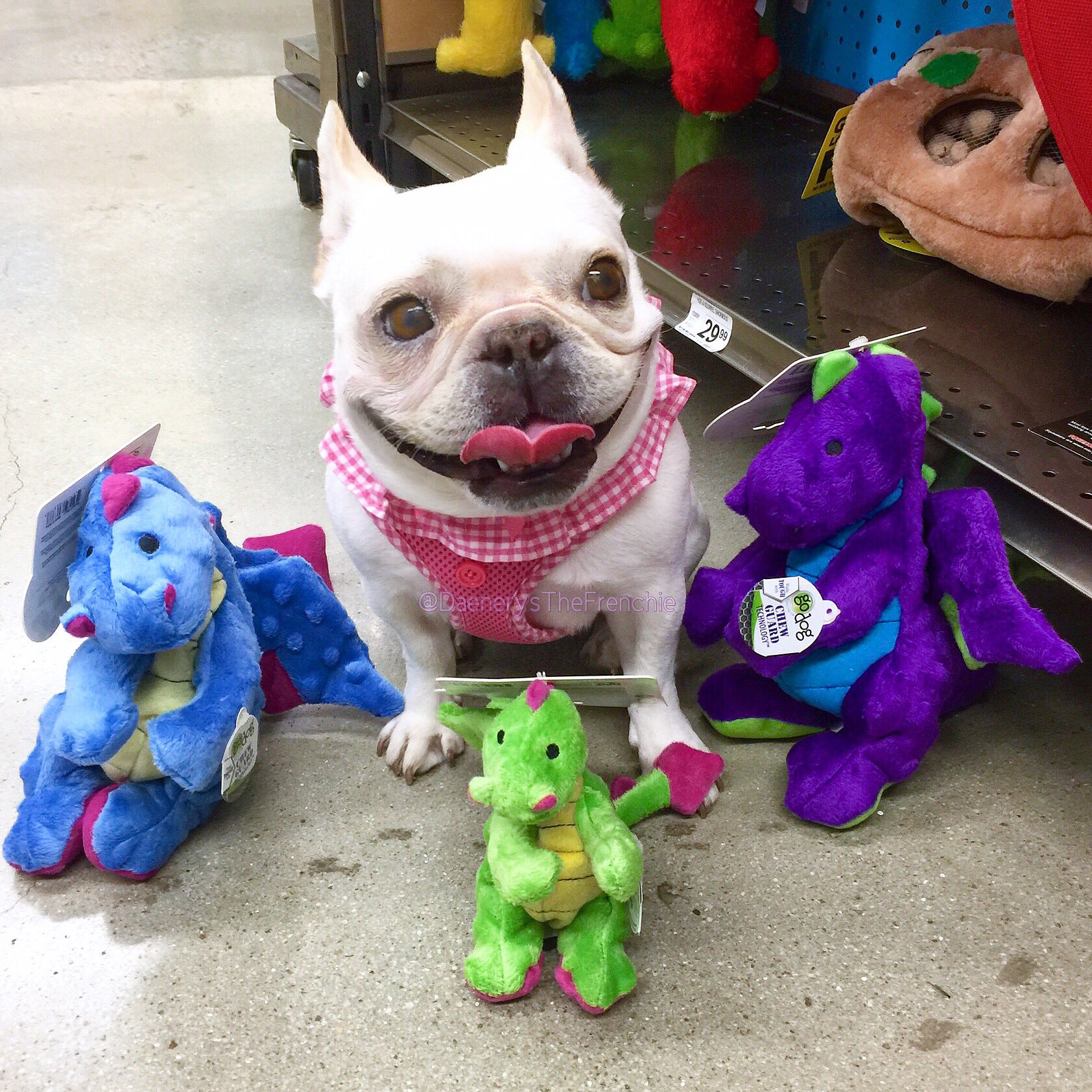