Traditional superhero comics have been part of the American pop culture firmament for eight decades. And more often than not, those stories can feel staid and mired in nostalgia for long bygone eras. Which is why creators who come along with bold new interpretations of these characters are usually met with resistance. To wit, when the book trailer for Gotham High — DC Comics’ latest foray into the young adult book market — debuted, the fanboy set went apoplectic.

A book that re-imagines our favorite Batman heroes and villains as high school students? An Asian American Bruce Wayne? A Latinx Selina Kyle (even though that’s been comic canon for decades)? In a love triangle with the Joker, née Jack Napier (the name of the character from the ’89 movie)? Blasphemy!

If you think fan bros lost it when I campaigned for an Asian American version of Iron Fist, a C-level superhero at best, I’d caution you from going down any YouTube rabbit holes searching the keywords “Gotham High” because it ain’t pretty. Personally, I’d green light a series featuring this Asian American Batman (and his trusty gay uncle Alfred) so fast, you wouldn’t believe it.

Because having read an advanced copy of Gotham High, I’m here to report that Melissa de la Cruz has fashioned a Gotham City that is simultaneously familiar, yet unlike anything you’ve seen in a Batman comic before. Throw in the gorgeous artwork of Riverdale artist Thomas Pitilli and you have a recipe for a nearly perfect YA comic. As an aside, Pitilli’s experience in Riverdale is practically perfect since Gotham High is very much in the vein of the dark and twisted mirror universe of Archie and his friends.

To me, that’s always been the strength of the Bat characters. Like Hamlet, you can adapt Batman for any time period or sensibility and it still works. 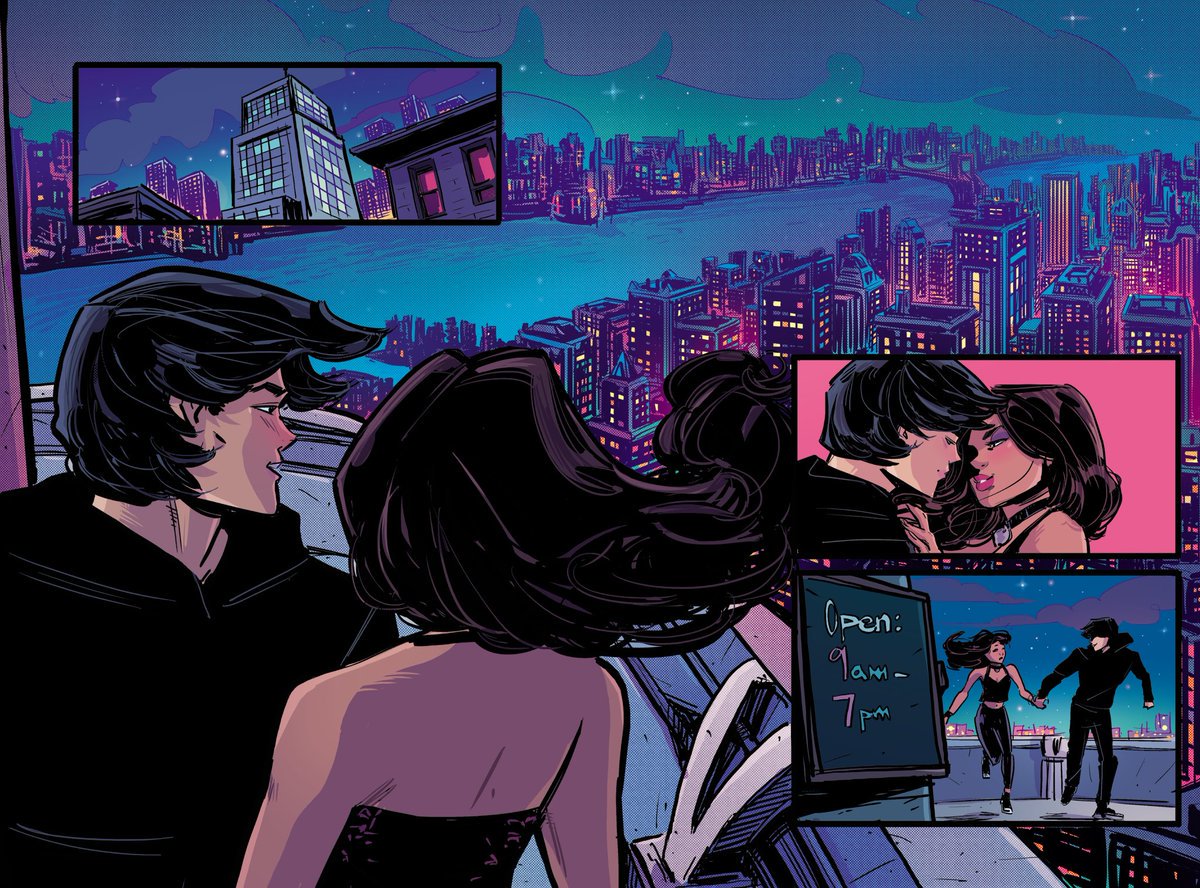 Though the story is firmly set in a version of a Batman universe, these are wholly original takes on these characters. They pull just enough of their original versions’ essences that they are instantly recognizable despite the racebends or gender swaps. For instance, Bruce is still a traumatized orphan with a hero complex. Selina is mysterious and inscrutable, but her heart is ultimately in the right place (or is it?). Jack (the proto-Joker) is the only one that took some time for me to get used to. While he does give off some super creepy vibes, he’s more class clown than clown prince of crime. Look for other cameos, including Harvey (who manages to get half his face scarred), Dick (who Bruce ultimately rescues from bullies), and a Korean American Poison Ivy who works in an apothecary in Chinatown (yes to all of that).

And while Bruce is front and center, this is ultimately Selina’s story — she’s the narrator, after all. And while I didn’t think the Bruce-Selina-Jack love triangle worked, it does check a lot of the young adult boxes to bring new readers into the DC universe. If anything, Selina might have made more sense if she were Harley, especially considering the plot twist on the very last page of the book.

Maybe it’s because I’m a sucker for DC characters in high school (see both Smallville and DC Super Hero Girls) but this book hit all the right buttons for me. It’s a quick, engaging read and I can’t wait to fancast the eventual movie adaptation! Highly recommended!

Gotham High is available to buy on April 7.