Before December 2019 ends, I wanted to take a moment to reflect on one of the most significant pop culture artifacts of the year. This is the month, after all, in which one of the co-creators of the iconic series Lost gave us a critically acclaimed and universally praised ninth episode of a series that breathed new life into a franchise that had not been this beloved since the mid-1980s. By shifting the focus away from the historically white male heroes of the original and toward a story centering women and people of color, the creators had to also confront the toxic — and often racist — fan culture that had laid claim to the property for over thirty years. Plus, they were able to do all of this without the consent of the property’s original creator.

Of course, I’m talking about Watchmen on HBO.

I’m only being slightly facetious, but it is amazing how many parallels exist between Watchmen and the Star Wars Sequel Trilogy — both of which were shepherded by a Lost co-creator. For Watchmen, it’s Damon Lindelof and for Episodes VII and IX of Star Wars, it has been J.J. Abrams.

Though it’s been off the air for nearly a decade, it is difficult to ignore the influence Lost has had on our current nerd-ascendant culture. It may not have invented fan theories and subreddit rabbit holes but it damn sure popularized those nerdy conversations for the mainstream. (Fittingly, one of the Entertainment Weekly writers who became synonymous with Lost fan theories — Jeff “Doc” Jensen — became one of the head writers on HBO’s Watchmen). Abrams brought in Lindelof to help him craft the overall story, and after co-writing and directing one of the best television pilots in history, left it to Lindelof and his writing partner Carlton Cuse to flesh out the remaining 120 episodes, culminating in a, let’s say, divisive finale. (Sensing a pattern here; though, I’m one of the few who actually liked the last episode of Lost, for what it’s worth).

Of course, Abrams went on to a billion-dollar film-directing career, revitalizing long-dormant franchises like Mission: Impossible and Star Trek before he was given the keys to the Lucasfilm (Magic) Kingdom to develop The Force Awakens in 2015. Lindelof followed up Lost by writing several less-than-successful sci-fi features — like Cowboys & Aliens and Prometheus — before co-creating The Leftovers for HBO. That relationship with the network eventually led to the greenlight to adapt Alan Moore’s comic opus for television.

Coincidentally, Abrams’ and Lindelof’s careers have converged again in 2019 since each was tasked to create the definitive follow-up sequels to two works considered to be the ur-texts of modern nerd culture. The biggest difference between the two, however, is that one has been more successful than the other in pushing beyond simple nostalgia. Let’s take a look at where these similarities and differences exist in their respective approaches to two properties that have been revered by fans for four decades. 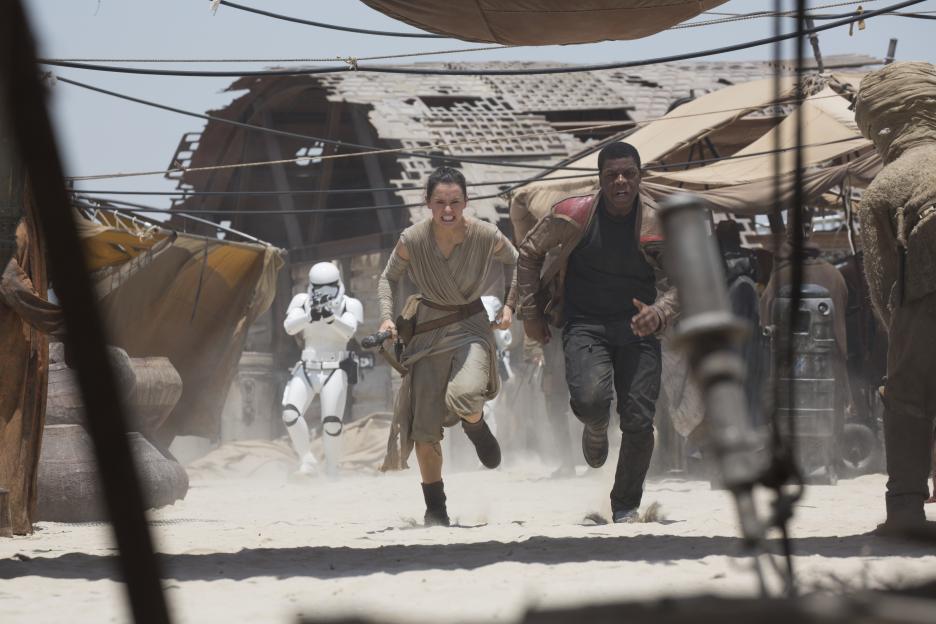 When Abrams was approached to helm the first new Star Wars movie in a decade — and the first to be made without the input of its original creator, George Lucas, the task was simple: make a movie that will appeal to fans where the prequels did not. In other words, tap into just enough nostalgia for the Original Trilogy but make it relevant to 21st century audiences. $2 billion in worldwide grosses later, The Force Awakens not only revitalized interest in Star Wars as a movie franchise, it blended the old with the new to create something for everyone.

It may have told an exciting new story — involving a Force-sensitive scavenger girl and an ex-Stormtrooper with a crisis of conscience — but it did so by reminding audiences of the iconography of the past — X-Wings, planet-destroying superweapons, the Millennium Falcon. Sure, Abrams brought back the original trio of Mark Hamill, Harrison Ford, and Carrie Fisher, but he also introduced the world to a new trio of Daisy Ridley, John Boyega, and Oscar Isaac, proving that a cast of women and people of color could be at the forefront of the most successful movie of all time.

When Watchmen was first announced in 2017, it’s safe to say that most fans were skeptical. Alan Moore and Dave Gibbons’ classic graphic novel was considered “unfilmable” for over two decades before Zack Snyder tried to bring the story to the big screen in 2009. Though that film has its fans, the consensus of the Snyder movie is that while it ably recreated some of the book’s most iconic panels, it mostly missed the point of the story.

In an interview with EW, Snyder famously said, “I had a buddy who tried getting me into ‘normal’ comic books, but I was all like, ‘No one is having sex or killing each other. This isn’t really doing it for me.’ I was a little broken, that way. So when Watchmen came along, I was, ‘This is more my scene.’” That’s also the same interview in which Snyder claimed Nolan’s movies weren’t dark enough and that Batman could get raped in his movie, so it’s not like he didn’t warn us.

Moreover, DC Comics was heavily criticized when it announced its own plans to revisit the Watchmen universe, first in a series of Before Watchmen prequel comics in 2012, then again five years later when the editorial decision was made to integrate the Watchmen characters into mainstream DC canon with Doomsday Clock, which finally delivered its culminating issue after the television series wrapped up its inaugural season.

So when the Lindelof Watchmen project was greenlit, and with only the Snyder movie and Moore-less comics to go by, it was safe to say that fans all “had a bad feeling about this” to quote the other franchise being covered in this article. But then, the show cast Regina King in the lead and an intriguing teaser for the show dropped in the spring.

Like the Star Wars sequel trilogy, Watchmen on HBO would not be just an adaptation or a reboot of the original story (Lindelof often referred to it as a “remix“), but would instead tell the story of what came after the events that unfolded in the mid-80s. Three decades have passed since the squid incident — just like thirty years have gone by since the Battle of Endor in that galaxy far, far away. Also like the sequel trilogy, Watchmen would shift the focus away from the all-white and mostly male protagonists of the original story and toward a new cast of characters that predominantly featured women and people of color — or in the cases of Sister Night and Lady Trieu, actual women of color. Imagine that! — while also updating the exploits of classic characters like Dr. Manhattan, Silk Spectre, and Ozymandias.

The most revolutionary thing that Lindelof does with Watchmen, however, is that the show takes the essence of the original material and re-contextualizes it for 2019. Where the Cold War and mutual assured nuclear destruction were the existential threats facing the book’s protagonists, racism and white supremacy are the external factors that threaten the characters in the television series. Moreover, the way Moore and Gibbons used superhero comic tropes to deconstruct the superhero comic, so too does the TV series use superhero television trappings to subvert and deconstruct live action superhero media. To put into context how ubiquitous superheroes are on TV, Watchmen was one of sixteen different live action superhero shows to air in 2019 — twelve alone of which were shows based on DC characters. 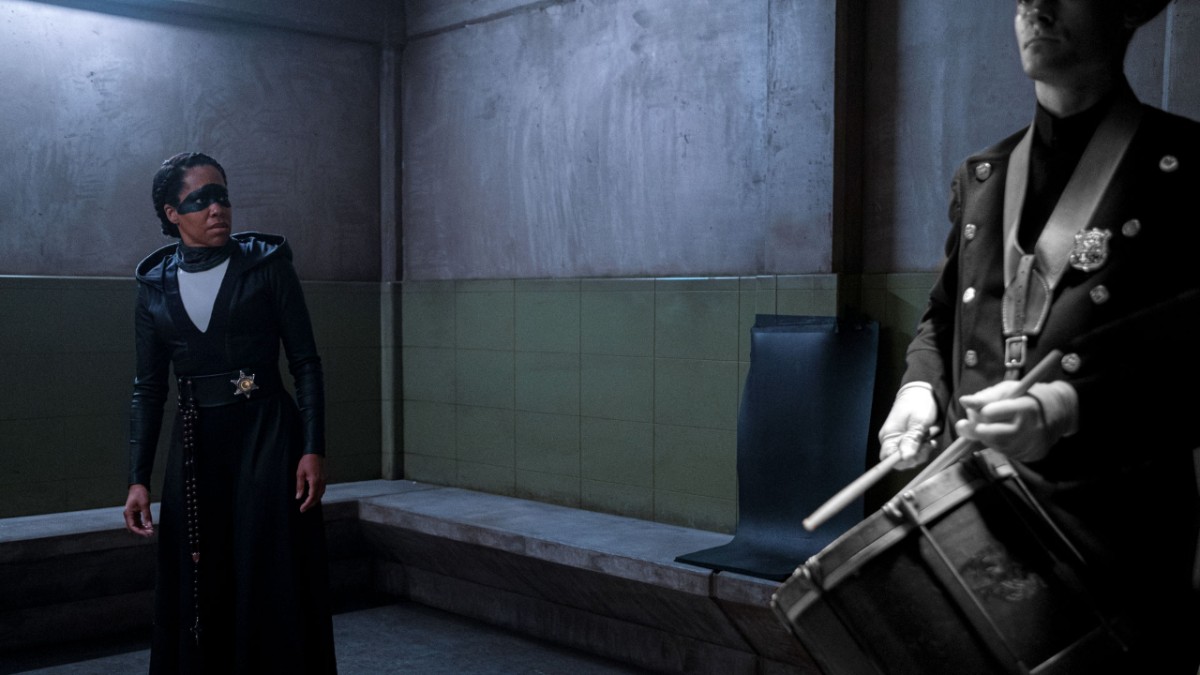 Most importantly, the Watchmen of 2019 doesn’t just exist for the sake of existing — it has something to say. Yes, it’s a action-filled show about masked crusaders, genius intellects, and mind-bending superpowers. But it’s also about abandonment, generational trauma, the power of transcendent love, government conspiracy, and the scourge of white supremacy. It also subverts fanboy expectations at every turn and upends decades of comic book canon in ways that not only make sense, but after reflection, feel like the only way it could have made sense. (The show’s sixth episode, “This Extraordinary Being,” which tells the secret origin of the book’s mysterious Hooded Justice is not only the most riveting television episode of the year, it might be the best episode of television in the history of the medium.

Of course 2019 is also the year of Star Wars: The Rise of Skywalker, the definitive final chapter in the 42-year long saga of the Skywalker family. Abrams was brought back to close out the trilogy he kicked off four years earlier after Colin Trevorrow was relieved of director duties by Lucasfilm in 2017. And while it has already topped $700 million in ten days (and will likely be Disney’s seventh billion-dollar blockbuster this year alone), its reception has been mixed at best. You can read the NOC review here.

To be fair, The Rise of Skywalker was burdened with a lot of expectations before it even hit theaters. Not only did it have to cap its own trilogy, it also had to be a satisfying conclusion to a nine-movie story, while also answering for the perceived backlash against its predecessor, Rian Johnson’s The Last Jedi. Unfortunately, the movie suffers because of these competing responsibilities. It’s overstuffed with callbacks and echoes of previous (and better) Star Wars films and doesn’t allow its own characters to forge their own path in this sprawling saga.

On the one hand, this kind of fan service provides the necessary endorphin rush, but the movie’s story is crushed under the weight of its obsession with (literally) resurrecting relics of Star Wars past. Instead of the deft storytelling touches of Watchmen that allowed its new characters to grow beyond its universe, Skywalker revels in nostalgia, essentially recreating the final battle with the Emperor from Return of the Jedi, just turned up to eleven.

Ironically, it was the previous “divisive” Episode that proves to be the better comparison to Watchmen. In The Last Jedi, the audience is being challenged to look at these beloved characters anew. It asks them to reconsider what they thought they knew about the universe without sacrificing the themes and lessons inherent to Star Wars. Yoda’s line to Luke, “we are what they grow beyond,” is probably the most poignant and important line the entire franchise.

Because ultimately, that’s why these stories endure. Watchmen defied convention in 1986 and became a literary classic because of it. George Lucas redefined cinema in 1977 with Star Wars and did it again in 1980 and 1983 with its sequels. And despite the negative reactions to the prequels, it is undeniable that Lucas used those movies to propel the narrative in new directions.

Part of the blowback Rian Johnson received for his addition to the Star Wars legacy was because some fans thought the director wasn’t reverential enough to the lore. In actuality, the fact that the movie defiantly bucked expectations is more in line with the spirit of what Star Wars first exhibited 42 years ago, in a galaxy not so far away.

In much the same way that the Watchmen television series uses the familiar to create a wholly new and inventive story, The Last Jedi honors its past, not by being slavishly devoted to it, but by acknowledging it and then growing beyond it.

“That is the true burden of all masters,” after all.