Bruce Lee was a cultural icon who revolutionized martial arts films. Freddie Mercury was the front man for the legendary rock group Queen and considered one of rock’s greatest all-time entertainers. Both of these artists sadly left the world too soon. But, thanks to a Japanese Twitter account, their memory lives on through a pair of action figures.

To my knowledge, Lee and Mercury had never met, but @Suekichiii has created a comical series of photographs that depict them as the best of friends who play hilarious pranks on each other. Sometimes, other action figures get involved. 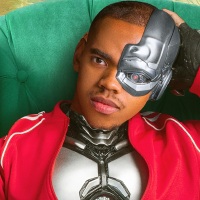