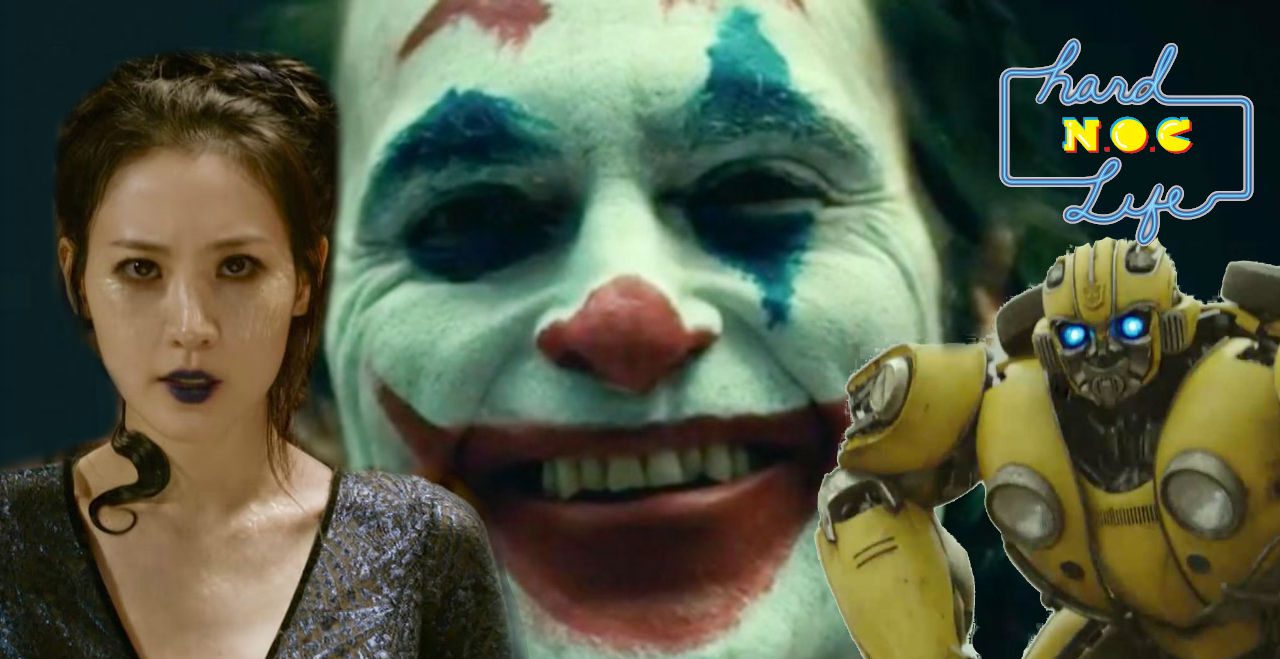 This week on Hard NOC Life, Shawn and Keith are joined by We’re Not All Ninjas co-host Melissa Slaughter to run down all the trailers that just dropped this week (there are so many, we didn’t get to talk about Creed II or X-Men: Dark Phoenix)!

Shawn, Keith, and Melissa start the show sharing their favorite trailers before deep-diving into each of them (2:00). They start off discussing last week’s trailer for Captain Marvel (4:30). Then, Keith shares how he’s coming around on the Joaquin Phoenix Joker movie, especially after seeing the haunting teaser director Todd Phillips shared on twitter (17:00). Later, they go full ’80s nostalgia for the amazing G1-inspired Bumblebee trailer (25:00) before Melissa shares her experience at a Harry Potter Fan Event leading up to the reveal of the new Fantastic Beasts trailer (34:00). Finally, they end with what’s Nerd Poppin’ (48:30) — including binging Gotham and The Dragon Prince on Netflix, cosplaying as Colleen Wing at New York Comic-Con, and Disney Channel’s animated Marvel offerings Black Panther’s Quest (show run by Friend of the NOC Geoffrey Thorne, natch) and Marvel Rising!

All this and more on Hard NOC Life! Watch it on your screen, hit “play,” and check this. Subscribe to all of podcasts in the Hard NOC Media family on Apple Podcasts, Google Play, and TuneIn Premium! Support us on Patreon!

As always, our official theme music is brought to you by the super team of Adam WarRock and Chops.